Despite Messenger and iMessage having them for literal years now, WhatsApp now allows users to also ‘react’ to a text with an emoji.

While six seems rudimentary at best (there are now 3,633 emojis in the Unicode Standard), it’s understood that “more expressions” were on their way. 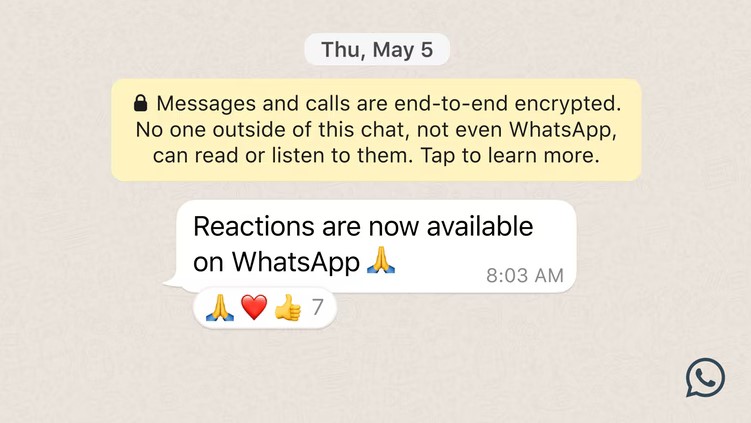 It’s taken a while for WhatsApp to follow in Facebook’s steps –  Messenger launched reactions more than five years ago on March 23, 2017.

WhatsApp was founded in 2009 and was acquired by Facebook in 2014, and the messaging app has over 2 billion monthly users.