With the test cricket underway, the Sydney Cricket Ground has been seeing some action after a long time and it’s a sight for sore eyes, that’s for sure.

So why is there always one group of people that ruin it for everyone else?

Half a dozen Australian’s were escorted off the SCG premises yesterday afternoon after being accused of shouting racist abuse at the Indian team’s players.

Bowler Mohammad Siraj submitted complaints that 6 members of the crowd were shouting insults at him during the third test match. 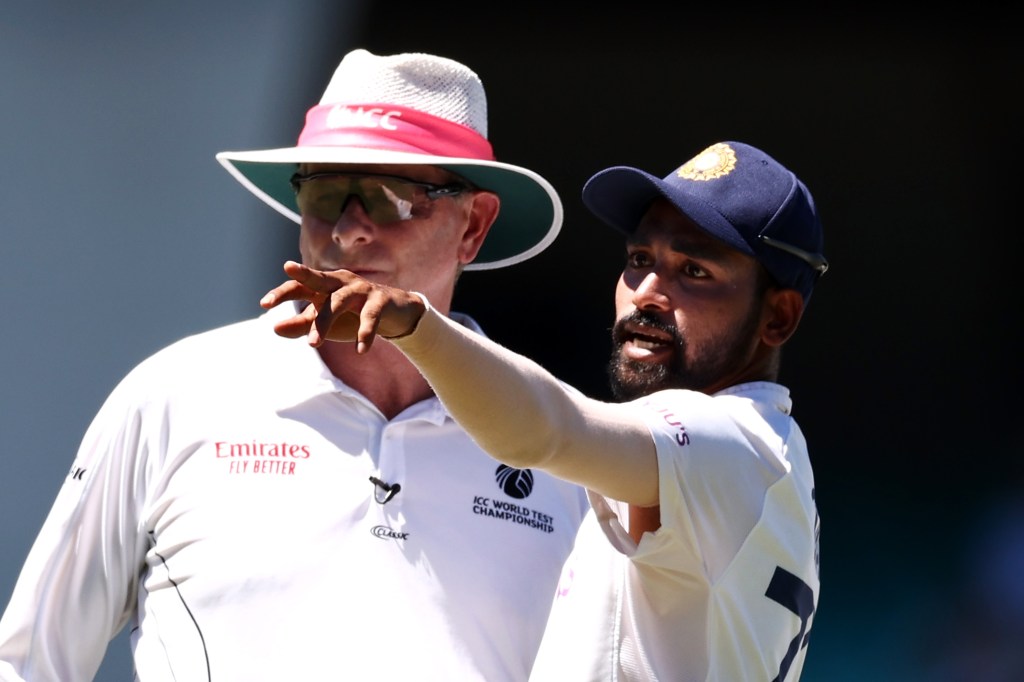 SYDNEY, AUSTRALIA – JANUARY 10: Mohammed Siraj of India stops play to make a formal complaint to Umpire Paul Reiffel about some spectators in the bay behind his fielding position during day four of the Third Test match in the series between Australia and India at Sydney Cricket Ground on January 10, 2021 in Sydney, Australia. (Photo by Cameron Spencer/Getty Images)

Unfortunately, events like this are not uncommon with an incident occurring just one day earlier with Indian bowler Jasprit Bumrah also complaining about the racist abuse hurled at him during the game.

“Cricket Australia condemns in the strongest terms possible all discriminatory behaviour. If you engage in racist abuse, you are not welcome in Australian cricket,” said Carroll, Cricket Australia’s Head of Integrity and Security in an official release.

“As series hosts, we unreservedly apologise to our friends in the Indian cricket team and assure them we will prosecute the matter to its fullest extent,” he added.

Even ex-spin bowling legend Harbhajan Singh came out about his experience facing racists on Australia shores during his almost 20 years on national teams.

I personally have heard many things on the field while playing in Australia about Me My religion My colour and much more..This isn’t the first time the crowd is doing this nonsense..How do u stop them ?? #AUSvIND

Indian and Aussie fans of the game have rallied together to support the Indian cricket team, acknowledging that any racist behaviour towards anyone is absolutely unacceptable and that, my friends, is the true Aussie spirit.

We don’t know what was said, but to think we have to stop play for what could be racist comments towards Team India who are here as our guests, I can’t deal. No person deserves this treatment anywhere, at any time. Sickening. #AUSvIND

Mohammed Siraj’s father died from a lung condition in November. Siraj missed the funeral to stay on this tour and broke through for a Test debut on Boxing Day. A monumental sacrifice, and it would be so disappointing to have that achievement soured by racism at the SCG. #AUSvIND

As I said this morning, anyone who racially abuses a player, or other fans, should be banned for life – and from all sporting venues. They are a scourge on our game and on society. It’s beyond disgusting. And alcohol is no excuse. #AUSvIND

As I said this morning, anyone who racially abuses a player, or other fans, should be banned for life – and from all sporting venues. They are a scourge on our game and on society. It’s beyond disgusting. And alcohol is no excuse. #AUSvIND

Unacceptable behaviour there is no place for racism, I hope this is dealt in the most severe way. #AUSvIND

There’s seriously no place for this rubbish. Never understand the need to yell abuse at players on a sporting field.. let alone anything like this to India. If you’re not here to watch the cricket, and can’t be respectful, get OUT. #AUSvIND

Advertisement
Advertisement
Love this? You’ll love this bit from Will & Woody – catch the boys weekdays from 4PM on KIIS 1065
scg test cricket

Next Year's Australian Open Will Be Totally Different For Fans, Here's How...

The 2021 Australian Open Is Reportedly Set To Go Ahead On February 8!