We’ve known the pandemic would cause this for a while and it became official yesterday.

The Australian Bureau of Statistics (ABS) released some statistics yesterday morning that showed our Gross Domestic Product (GDP) has dropped by 7% in the last quarter, which sounds minimal but it’s actually the biggest drop in the last 60 years. 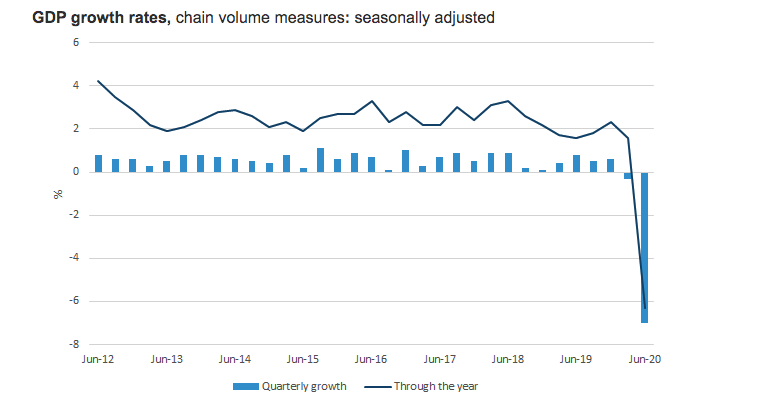 This drop is attributed to the lockdown that impacted the nation where Australians did not leave their homes and spend their dimes (like we told) in order to ‘flatten the curve’, slow the spread of the virus.

Staying away from shops, eateries and holidays showed household consumption drop by a crazy 12.1% as reported by The ABS.

With less demand, hours needed to work in general also dropped by 9.8%, but thanks to the $1 billion JobKeeper package overall financial compensation of employees dropped by 2.5%.

We scrapped through the last global financial crisis (GFC) and considering the state of the world, this one could have been a lot worst if we had let the virus demolish us.

So what exactly is a recession?

The Reserve Bank of Australia says that while there isn’t a single definition for the term ‘recession’, it’s usually associated with a contraction in the economy which leads to job losses and increased unemployment, ie) reduced output.

If you didn’t do basic economics, our society is built of the basis of a very simple Business Cycle that goes through ups and downs, the recession is when we start ‘contracting’ and going down towards a ‘trough’, but remember the length of time for each phase of the cycle is always different depending on other factors! 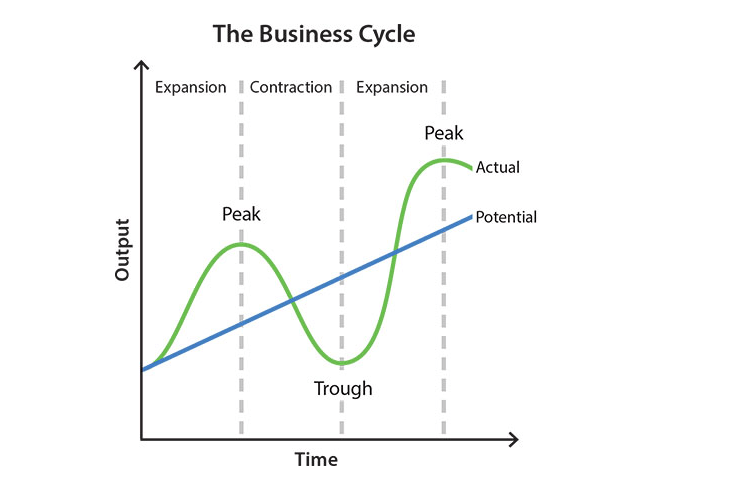 Credit: The Reserve Bank of Australia

With this 7% drop following a 0.3% drop in the March quarter, 2 consecutive drops generally scream ‘recession.’

The last recession our nation went through was in 1991 and to compare how severe 2020 is, the GDP shrank 1.3% and then 0.1% over two consecutive months.

But don’t let this bum you out, we’ll dig our way out of this!

Love this? You’ll love this bit from Will & Woody – catch the boys weekdays from 4PM on KIIS 1065
recession