Malala Yousafzai, Nobel Prize Winner and Female Rights Activist tied the knot almost a decade after she was shot in the head by the Taliban.

Malala at the age of 15 survived being shot in the head by a Taliban gunman after campaigning for girls right to be educated.

At 24, she has official ‘tied the knot,’ and married her partner Asser Malik at a ceremony in her Birmingham home. 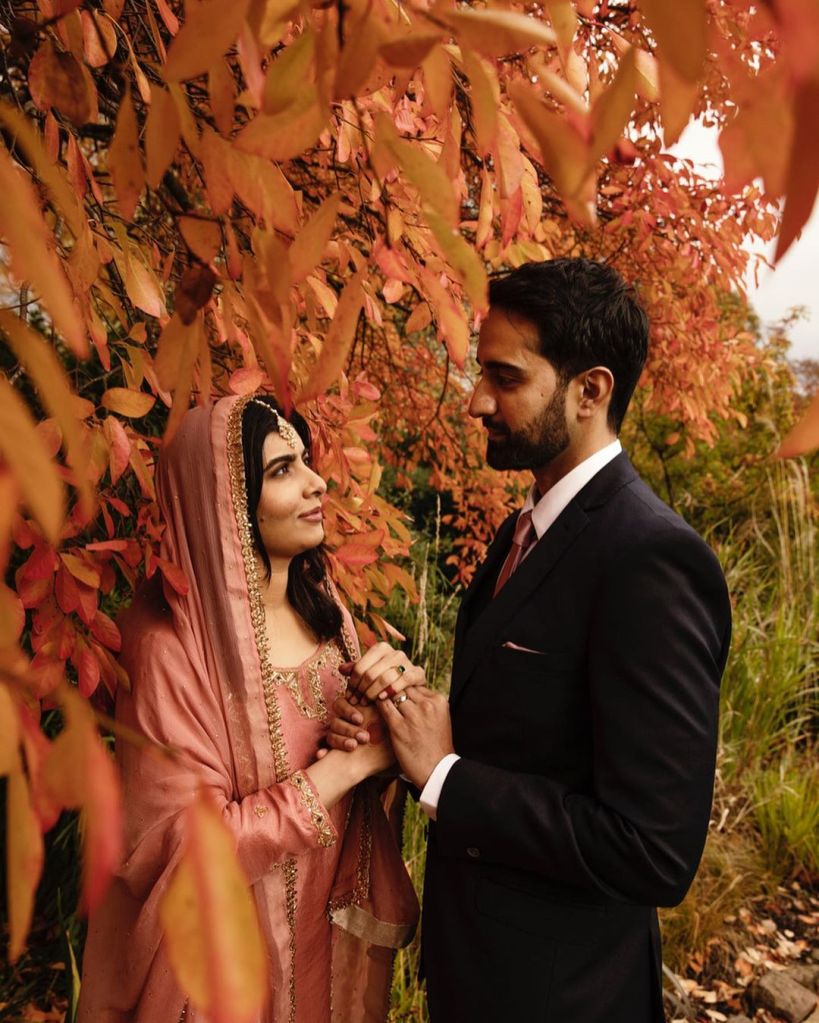 Malala has previously expressed doubts about whether she would ever marry.

Her family are Pashtuns, a fiercely traditional and patriarchal community from the mountainous region of Pakistan who are known for arranging marriages for girls at a young age and are reluctant to educate them.

Mr. Yousafazi (Malala’s Father) said: ‘To me, tribe or caste does not matter at all. I think the most important thing is that this is her (Malala’s) life. I’m the kind of father who believes in their children’s education and freedom.

‘She has the right to choose her own partner or nobody at all, it’s up to her.’

He added: ‘The only thing I would say is that she should go for someone who respects her values, her freedom and her independence. She would be a better judge of that than me, I believe in her wisdom.’

Mr. Yousfaafazi, would often go into hiding because of death threats from the extremists, ‘I would tell parents that the best thing they could do for their daughters is to put a pen in their hands and get them to study and that what the Taliban were doing was not true Islam.’