Sydneysiders, school students and tourists will be able to watch the new western Sydney airport being built from a new multi-million-dollar viewing centre.

A bevy of politicians – including the prime minister, deputy prime minister and three senior federal ministers – were on hand to officially open the building in Luddenham on Monday.

The centre features interactive digital videos and is equipped with augmented reality to allow visitors to see how the airport terminal and runway will look when operational.

Prime Minister Scott Morrison wouldn’t be drawn on the cost of the facility, but said it was within the federally-funded $5.3 billion airport’s budget. 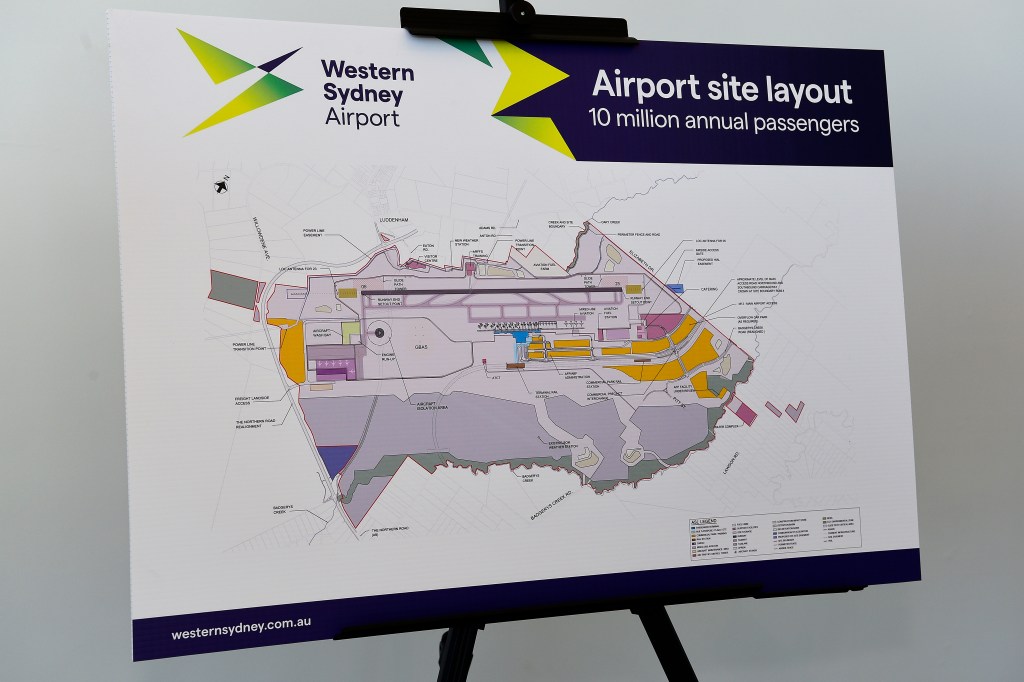 “So many ministers are here today because we are very excited about what we are doing,” Mr Morrison told reporters.

“We are so pumped about this airport.”

However, Channel 10 reporter Daniel Sutton used the press conference to ask Morrison why people would want to go to a visitor centre overlooking a construction site.

“Can you really expect that tourists will want to visit Sydney, go to the Opera House, Bondi Beach, Harbour Bridge, and the Western Sydney airport experience?” the reporter asked.

“Why wouldn’t they?” Morrison responded.

Sutton asked again: “Do you expect it to become a tourist attraction? Do you?”

“I’m happy for people to come and visit it, why not! Look at the story that’s being told. I mean if people are coming out to Western Sydney why wouldn’t you stop in and have a look.”

The whole centre felt like it was out of Utopia… https://t.co/RrkYK5oRsM

Deputy Prime Minister Michael McCormack described the centre as a “wonderful, modern and new” experience for locals and interstate and international visitors.

Visitors will eventually be able to see planes taking off and landing at “western Sydney’s gateway to the world”, he said.

Construction of the airport started last year with major earthworks due to begin in early 2020.

The federal government on Sunday announced a Lendlease-CPB consortium as the winner of the contract to dig up 25 million cubic metres of soil at the site.