Unfortunately our border with SA will stay shut tight until the end of January.

The South Australian police commissioner says the state’s border restrictions with NSW are likely to stay in place until the end of January due to the new seven positive COVID-19 cases in Sydney.

The SA’s COVID-19 transition committee met yesterday deciding the border will remain closed to people who have visited Greater Sydney, Wollongong and the Central Coast.

Police Commissioner and state coordinator Grant Stevens said to ABC News “The 14-day period is the key for us, but obviously the clock restarted on the weekend when these new clusters were identified,”

“My understanding is that it would roughly be at the end of January if all went well in New South Wales from this point onwards,” he said.

“We need to be continuously assessing what the level of risk is and adjusting that accordingly.” 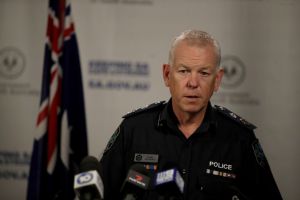 For those who haven’t been to the hot spots, they are able to come to SA but will have to have mandatory COVID tests on their first, fifth and twelfth days in SA.

Mr Stevens added, “People can’t currently travel from the Greater Sydney area into South Australia unless they are a returning resident or a genuine relocation, so we may be able to make some concessions on that regard, but we do look for that 14-day incubation.”

Love this? You’ll love this bit from Will & Woody – catch the boys weekdays from 4PM on KIIS 1065
covid-19 nsw SA border