A great white shark has allegedly been spotted by locals casually swimming in the flooded streets of Sydney’s northern beaches.

A Narrabeen resident took to Instagram to post a video of what appears to be a single dorsal fin in the flooded water of Narrabeen lagoon.

“Great white spotted in Narrabeen Lagoon,” the video was captioned.

The ‘shark’ can be seen close to waterfront homes and where, just yesterday, locals were swimming. 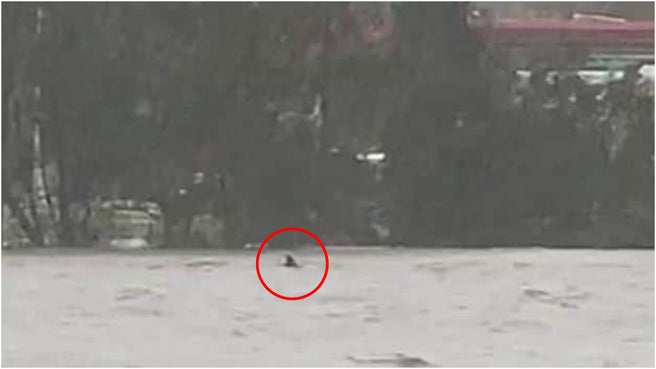 Dorsal Watch, the community-based shark alert app, featured a report at 7:23pm from North Narrabeen of a “fin spotted from shore”.

“Lagoon was opened up to the ocean due to storm and flood warnings,” the report reads.

A shark was last spotted in Narrabeen Lagoon in January 2007. At the time, two men claim they saw great white swimming out of the lagoon after earlier reports from a fisherman who said it pulled a duck underwater.