Grab the umbrella before you leave work today – a huge thunderstorm is coming!

The Bureau of Meteorology has warned that severe thunderstorms are coming and are likely to produce heavy rainfall that may lead to flash flooding, damaging winds and large hailstones in the warning area over the next several hours.

Locations which may be affected include Gosford, Sydney, Armidale, Orange, Bathurst and Katoomba. 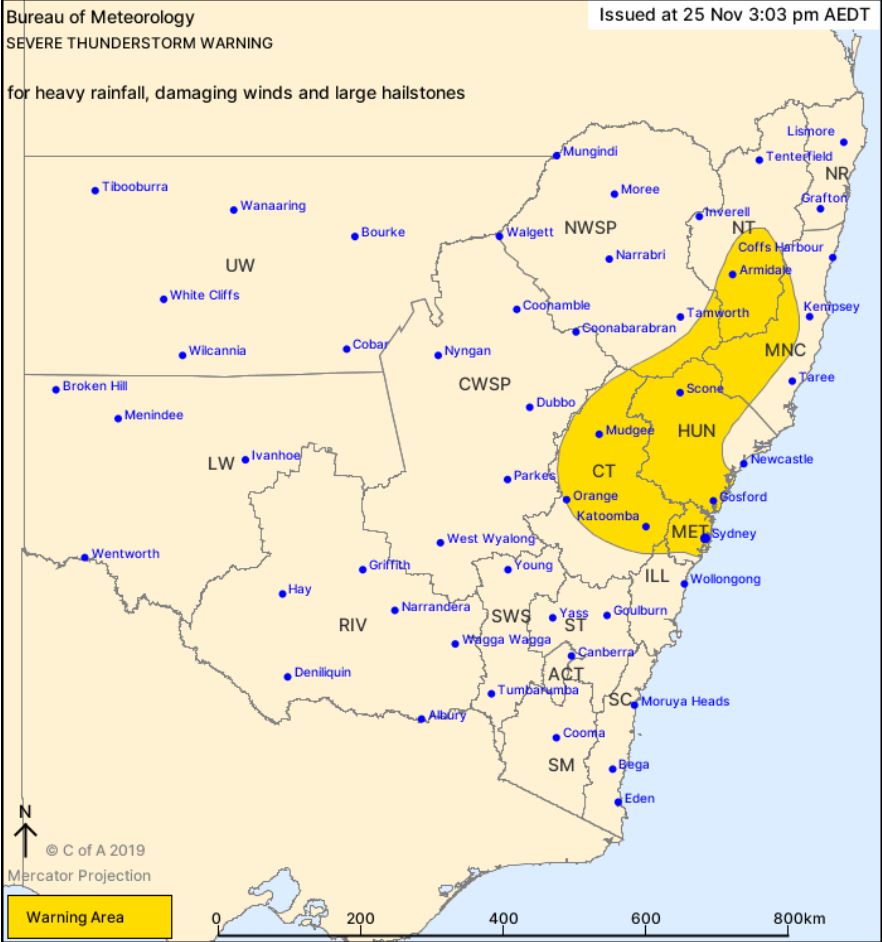 The State Emergency Service advises that people should:

* Move your car under cover or away from trees.
* Secure or put away loose items around your house, yard and balcony.
* Keep at least 8 metres away from fallen power lines or objects that may be energised, such as fences.
* Report fallen power lines to either Ausgrid (131 388), Endeavour Energy (131 003), Essential Energy (132 080) or Evoenergy (131 093) as shown on your power bill.
* Keep clear of creeks and storm drains.
* Don’t walk, ride your bike or drive through flood water.
* If you are trapped by flash flooding, seek refuge in the highest available place and ring 000 if you need rescue.
* Unplug computers and appliances.
* Avoid using the phone during the storm.
* Stay indoors away from windows, and keep children and pets indoors as well.
* For emergency help in floods and storms, ring the SES (NSW and ACT) on 132 500.

Advertisement
Advertisement
Love this? You’ll love this bit from Will & Woody – catch the boys weekdays from 4PM on KIIS 1065
sydney weather