Sydney Tower Eye is celebrating its 40th anniversary and they’ve decided to do something very special indeed!

They’ve got Brickman from Lego Masters to build structures from five of the world’s biggest cities!

With creations from Dubai, London, New York, Tokyo and Sydney with the Sydney Tower replica made out o 30,000 Lego bricks!

To kick off the iconic landmark’s 40th-anniversary celebrations, the Sydney Tower Eye will host the exhibition created by LEGO® Masters judge Ryan ‘The Brickman’ McNaught. 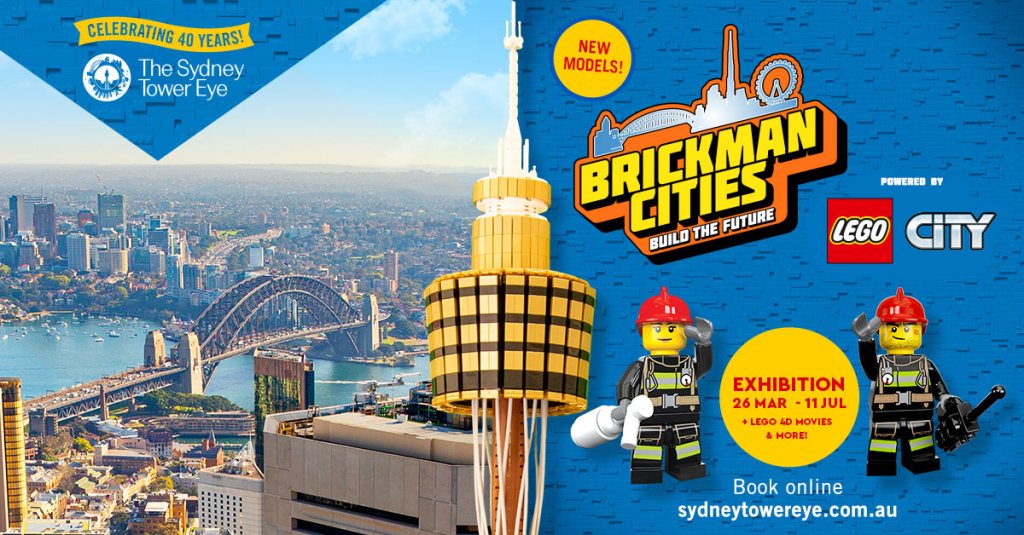 You can get tickets here: for $22.50 for the exhibition or combine the ticket with the Sydney Tower Eye Observation Deck for $49.50 with the exhibition starting on the 26th of March.