We’ve all had those days at work we’d rather forget.

The thing is, usually those days fade away and we just get on with life.

Not so for Joshua Justice.

The manager of the Flying Saucer Draught Emporium in Houston had been at work when he spilt “half a cleaning keg” all over his pants.

But his bad day didn’t stop there.

In an attempt to dry said pants, Joshua wrote on Facebook that he stepped outside to stand in the sun. 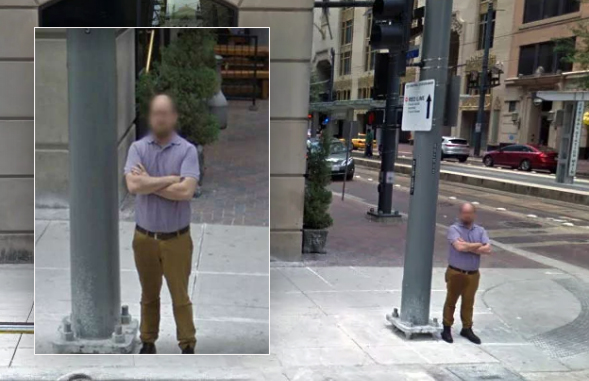 It was then he noticed a Google Maps car drive by.

“Look for me on Street View soon. I’ll be the guy that looks like he pissed himself.”

He later said that there was another shot taken seconds earlier that looks like he was debating whether to run back inside or stand his ground.

“I figured, well, this will make for a good story,” he told Chron.