Photo: Melissa McCarthy on the cover of Elle (Elle)

Elle magazine in the US has copped a backlash for their latest cover featuring actress Melissa McCarthy.

As part of Elle’s annual Women in Hollywood issue, Melissa is one of four actresses who posed for the magazine’s alternative covers.

However, critics have been quick to point out the stark contrast between the Bridesmaids actress’ cover compared to that of fellow actresses Reese Witherspoon and Shailene Woodley.

While Reese and Shailene’s photos flaunt plenty of skin, Melissa’s own cover has her swathed in a trench coat. 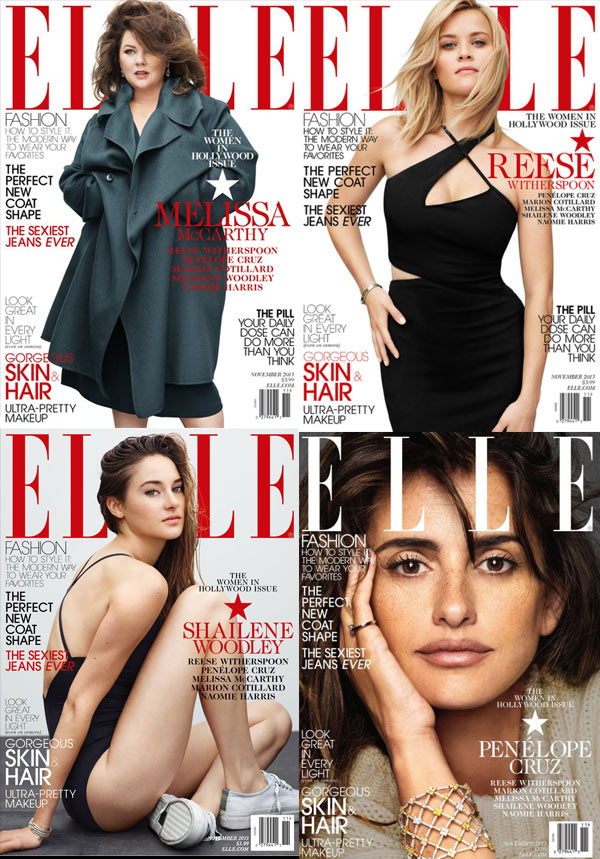 New mum, Penelope Cruz has also had her curves hidden, with the cover shot a close up of her face.

In a statement, Elle says of the cover “On all of our shoots, our stylists work with the stars to choose pieces they feel good in, and this is no different: Melissa loved this look, and is gorgeous on our cover.”

So what do you think…. do people have a reason to be outraged?