We spend a lot of time on the internet, so it takes a lot to shock us.

But this? This is incredible.

A man with no arse crack has hit up Reddit and allowed the world to ask him whatever the heck they want, all in the name of being a legend.

First up: How is this a thing?

“This happened because of severe pilonidal cysts,” the unnamed bloke wrote. “I’ve had multiple surgeries on it and instead of the usual procedure which involves letting it heal, mine was so bad that a plastic surgeon had to close it up.

“But they keep coming back, and it’ll probably just get worse as I age.”

“My butthole looks the same as anyone else’s! The wound just goes very close to it. Trust me, you don’t want to see it.”

We believe you, mate.

“Second, I poop like anyone else. Just gotta be careful with wiping so I don’t get faeces in the wound.

“But it isn’t hard after having to do it for eight years.”

The guy even posted a picture of what he looks like from behind; you can see the dimple he’s talking about, and the wound. 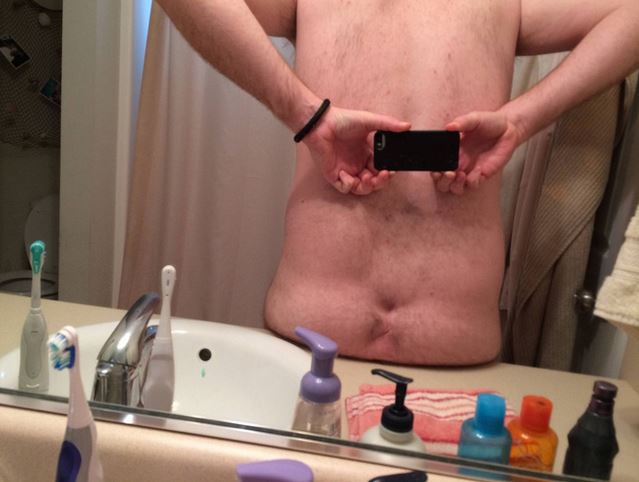 But there’s certainly no crack.

According to Lad Bible, a pilonidal cyst is “a small hole or ‘tunnel’ in the skin. It usually develops in the cleft of the buttocks where the buttocks separate.”

So there you have it.

Why Are These Hot Nights Making Me Feel Like A Zombie?

You Will Not Believe This Mother-Of-Two's Age!