Two of the most popular fast foods in the world have to be hamburgers and hot dogs.

But what happens when you want a fast food treat and can’t decide which one you’ll have?

Well thanks to one Australian it’s problem solved, after he combined them to bestow upon the world: the Hamdog! 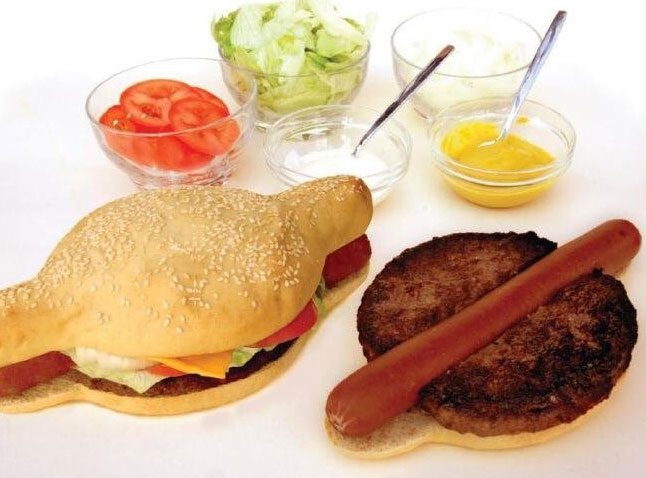 Made with a beef patty cut in half and a Hunsa frankfurt in the middle,  it’s topped with lettuce, tomato, cheese, pickles and three sauces – American mustard, tomato sauce and mayonnaise.

West Aussie Mark Murray first appeared on Shark Tank trying to get his revolutionary idea on combing a hot dog with a hamburger bun bankrolled.

Now one year on, Murray is selling his hamdogs at food fairs and is offering people the opportunity to take on a franchise.

Is This Racist? Brisbane Restaurant Comes Under Fire

These Halloumi Chips Will Change Your Life

This Retro Three-In-One Cooker Is EVERYTHING!

Why Your Grocery Bill Is About So Skyrocket In Cost