Yep, for the past few weeks, it’s been a sad thing, walking into the supermarket with the intention of buying a ripe avocado to compliment your salad or your burrito – and being left sorely disappointed.

For weeks, people have wandered into their local supermarket, maybe even one in the next suburb, and found an empty space where the avocados should be.

It’s all due to the weather, which led to poor growing conditions.

This saw avocado prices sky rocket, until eventually there were none.

However – we can officially announce that the Aussie avocado drought is now OVER!

Soon it will be RAINING avocados, with 68,000 tonnes expected to flow into supermarkets in the coming months, according to a report on the Daily Telegraph.

“The avocado shortage earlier this year sparked a higher price in the market due to simple supply and demand economics,” he said.

“Despite the rise in cost, the public’s buying behaviour remained unchanged as droves of Aussies sought to get their avocado fix.”

Signs like these show just how high the demand for the smooth green spread has become. 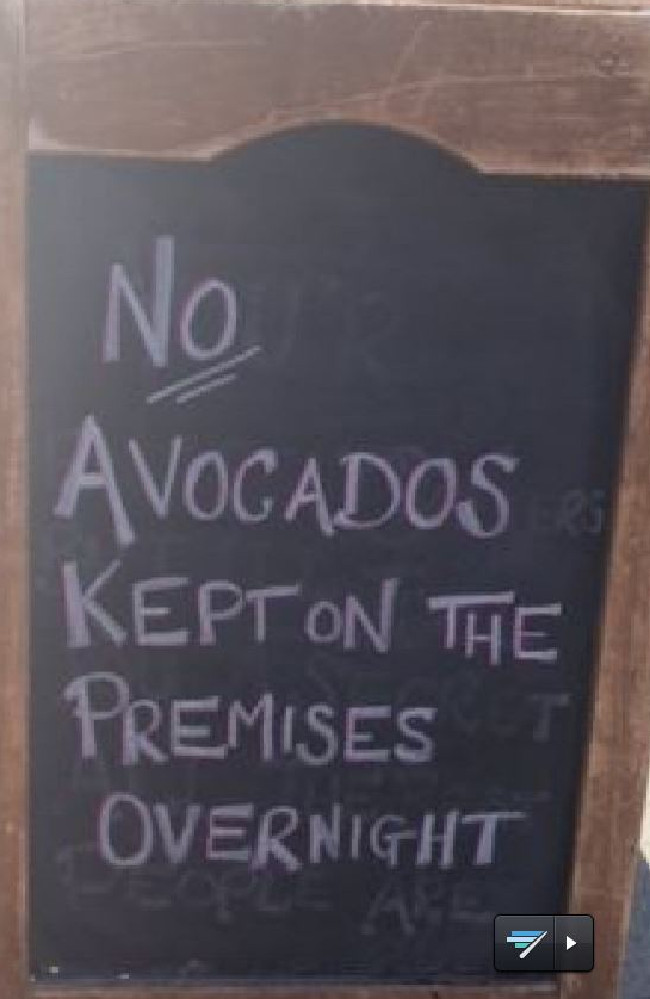