Ex-MAFS star Jules Robinson has posted on Instagram the realities of her own postpartum hair loss.

Robinson’s bright red her has made her an icon in the eyes of the Australian media and the fact that she actually found love and made a family with her time on Married At First Sight doesn’t hurt.

Popping up a story she wrote “Morning, Oh hello! Aren’t you lovely!” in reference to the baby hairs that appear to be growing back on the side of her head.

Robinson appears to have experienced some sort of hair loss after the birth of her child Ollie in October, which is incredibly common with women post-pregnancy. 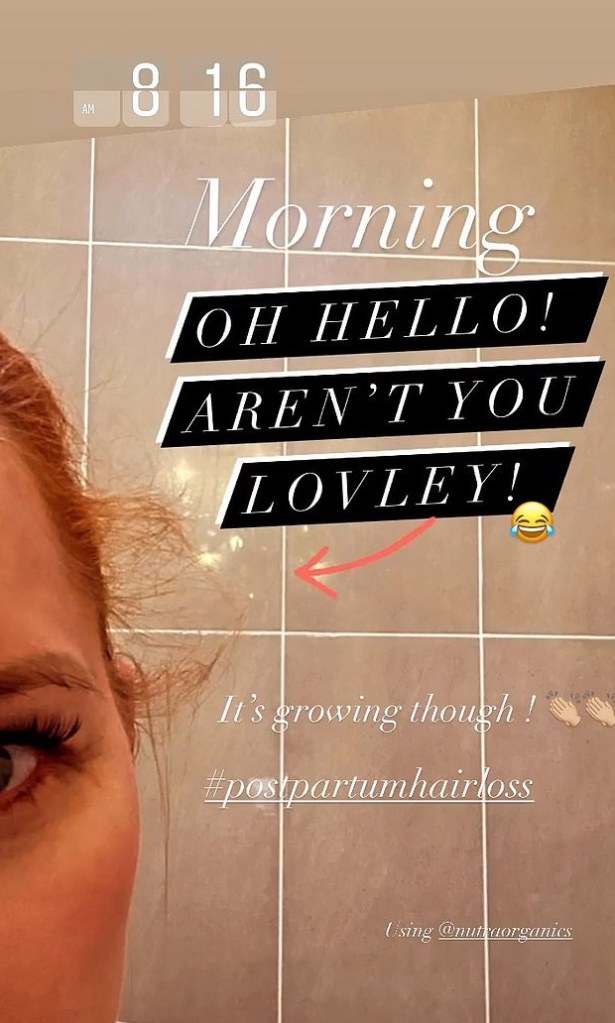 She’s not letting it get her down though, ever the optimist she also added ‘It’s growing though! #postpartumhairloss’ and then tagged nutraorganics mentioning that she’s been using them to help.

Jules has always been an advocate for women and just… keeping it real?

She even launched her own plus-size shapewear line earlier this year and honestly… just looking at photos of her has me sold!

Look at this woman!

The New Free Maccas Glasses Are Really Confusing Some Australians..