Facebook was down for us so you might not have gotten then news that KFC has re-released their Zinger Tower Burger and it’s DELICIOUS.

But we’re here to talk about the cheeky creation they released on their secret menu via the KFC App at the same time.

Here’s the over-the-top Zinger Tower Double and we’re all drooling over here!

Imagine, two Zinger fillets sandwiching a crispy hashbrown, cheese and tomato sauce, it’s so silly it just might be genius!

If you download the KFC App you can access the secret menu which has all sorts of crazy creations for you to try. 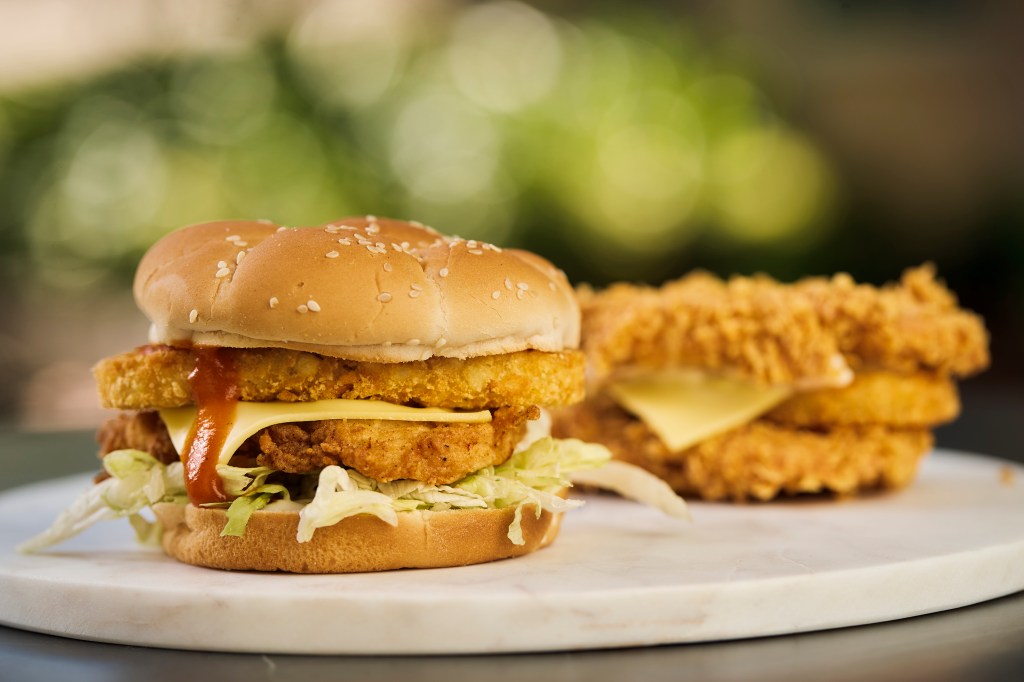 Cadbury Released Caramilk Baking Chips So You Can Martha Stewart Your Own Caramilk Treats!

Messina's Fancy As Viennetta Is Back TODAY!