Some Aussie expats in the US have found themselves so desperate for a jar of Vegemite, they’ve been making their own.

Typically, Aussie expats living the US get Vegemite two ways – friends visiting from Australia who bring a big jar with them, or a specialty shop (if they stock it at all).

And yes, while you can get it online, places like Amazon sell Vegemite for roughly $US15 for a small 150g jar. That works out to be just over $AU20 in Aussie dollars, plus shipping.

Essentially, Vegemite is a luxury item.

And some expats have resorted to making their own.

“I’m so excited, I just made my own vegemite,” wrote a member on an Australians living in America Facebook group.

“I would say it’s not 100% like the store bought, but it’s a really good substitute.”

She posted the recipe, from a Thermomix community, and a photo of her finished product: 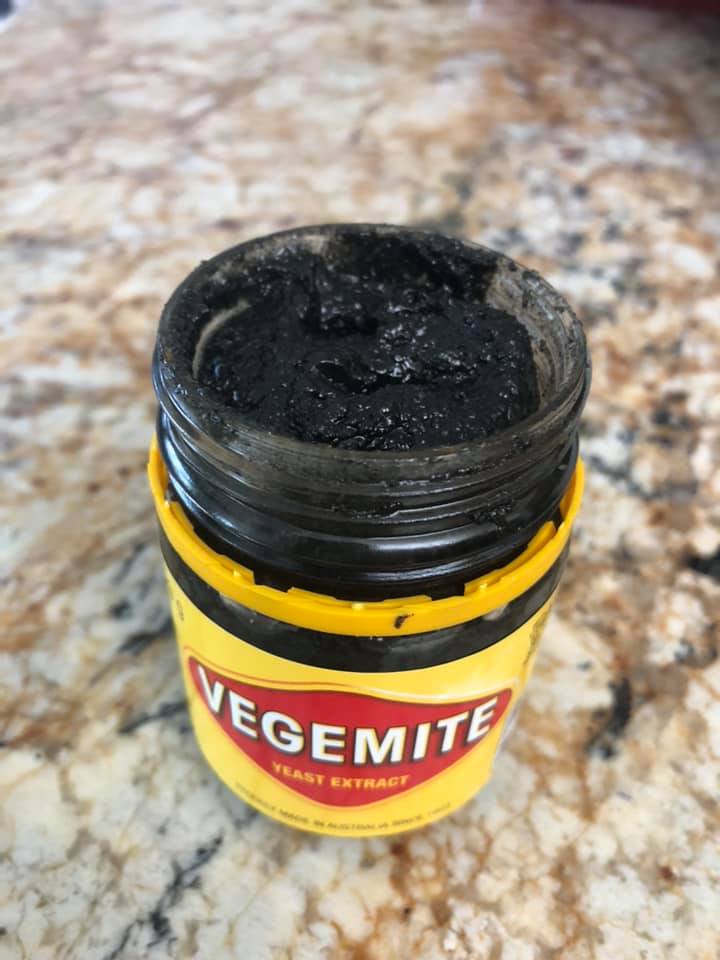 The poster said she “got tired of waiting for Covid to be over so people could visit, and we were feeling really homesick over the weekend, so I decided it was time to give this a go.”

The comments were pretty supportive, but you could almost feel the inner conflict.

If you want to give it a spin, here’s the recipe:

Add all ingredients to the Thermomix mixing bowl and mix for 20 seconds on speed 3.

Use spatula to scoop paste out and store in a glass jar in the fridge.

Love this? You’ll love this bit from Will & Woody – catch the boys weekdays from 4PM on KIIS 1065
Thermomix Vegemite

Is Cadbury Moro The True Unsung Hero of the Favourites Box?

You Can Now Get Official Pokémon Trading Cards With Your McDonald's Happy Meal!

KFC's Cult Classic 'Double' Is Back But... Surprise Pizza Version!

Krispy Kreme Are Collaborating With Pokémon For Their 25th Anniversary!