This February, Australia’s most iconic frog, Freddo, is giving up his place on-pack to encourage Australians to find out more about his endangered frog friends.

These frogs have been close to extinction in Australia for many years and with the recent bushfires it has made the situation worse than ever before.

As a result, Freddo will be replaced on the front of packs with images of his real-life endangered frog friends, to educate Australians about the plight of these animals. 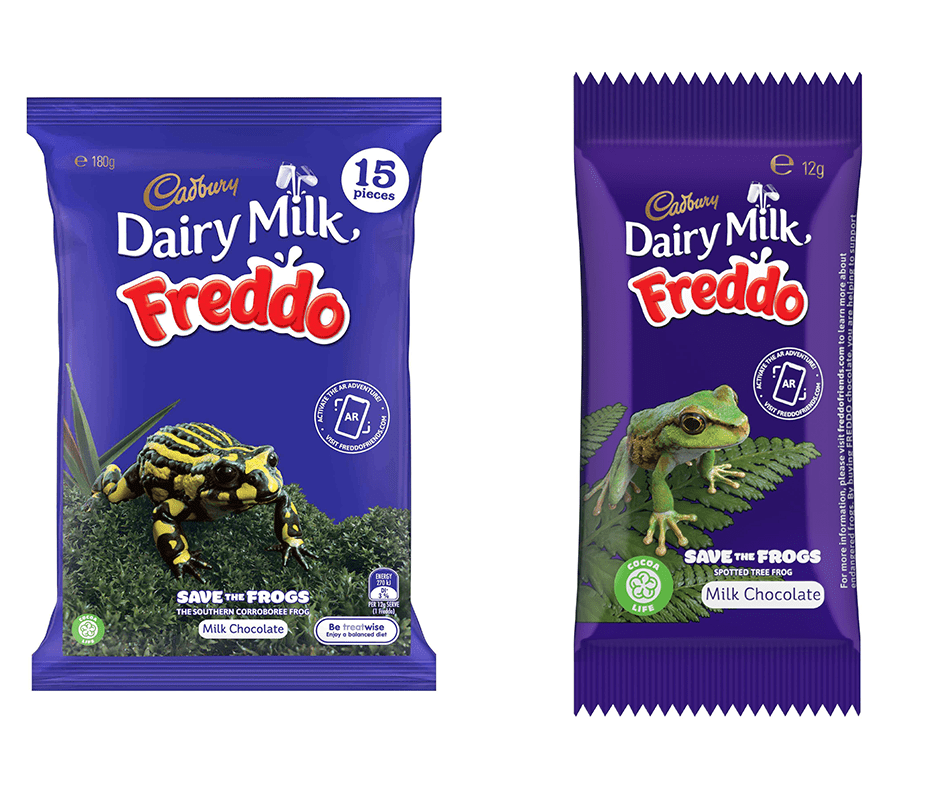 Freddo has also teamed up with Conservation Volunteers Australia and Zoos Victoria to help educate Australians about endangered frog species, while investing $600,000 in projects to increase population numbers, as part of a long-term commitment from Freddo to look after his frog friends.

To help people learn more about these amazing animals, the specially marked packs feature an augmented reality symbol, which gives everyone the chance to view interactive videos and fact sheets about the frogs.

Everyone Is Obsessed With This Caramilk Lamington Recipe

Iconic Aussie Children's Birthday Cake Cookbook Has Been Given A Reboot