Uniqlo have been criticised after releasing a range of Star Wars themed t-shirts and sweatshirts to promote the new film.

Their Star Wars range has left many customers disappointed about the lack of female clothing available.

All the items are labelled as “Men’s” or “Boys”. There are no “Women’s” items. When shoppers click on the “Women” tab on Uniqlo’s website, the exact same men’s items are displayed. 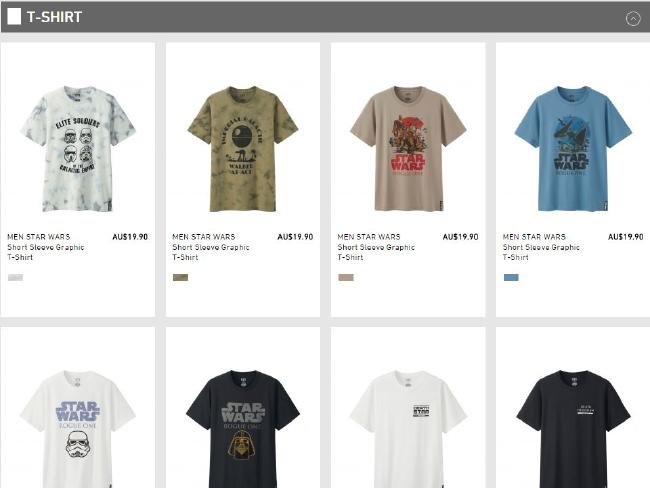 Uniqlo’s lack of consideration for the female form has prompted outrage. Customers have taken to Uniqlo’s Facebook page to call the retailer “disappointing” and “sexist”.

“Men and women have very different bodies and all the women I know prefer tees to have a cut with that in mind. And you shouldn’t label the children’s tees as ‘boys’ as that leads to stereotyping that girls don’t like sci-fi and girls who do are not normal. I know from growing up a sci-fi liking girl the affect this has. It is 2016 please help fight gender stereotypes.” wrote one shopper. 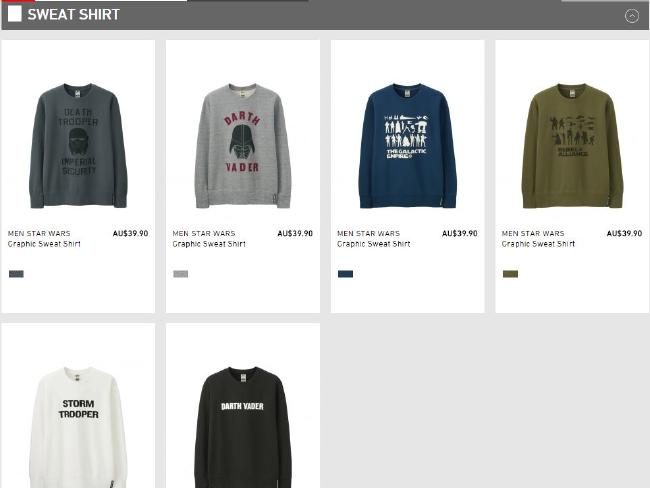 A disgruntled mother wrote, “Uniqlo — I am VERY disappointed with you. You label the children’s Rouge One T-shirts as ‘Kids’ on your promo email, but on your website they are all listed as BOYS T-shirts. I have an eight-year-old daughter who is Star Wars crazy … to assume that no girls are interested in Star Wars is sexist beyond belief!

“Especially since the main hero in the last two movies have been strong female characters. How about you amend the listing to not exclude girls, or you produce some girls clothing????”

According to news.com.au, a spokeswoman for Uniqlo said the brand intentionally promoted the line in a gender “neutral” way.

What’s your take on this? Tell us in the comments section below…

TRENDING NOW: WE LOOK BACK AT 2016 IN REVIEW

Warning After 2yo Severed Thumb On Kmart Drink Dispenser

Can You Spot Why People Are Angry About These Shirts?

The Final Cheeky Insult Before Masters Closes Its Doors