We don’t know whether to be laugh or be very, very scared.

Whitney Travers didn’t react too well to the news that her boyfriend was off on a boys’ holiday to the notorious Magaluf – delightfully nicknamed Shagaluf – in Spain and set about making sure he knew exactly which side his bread was buttered on.

Her method of delivery? A scrapbook, complete with glittery stickers and cute-as-a-button illustrations.

Her incredibly brave boyf, Kieran Lumsden, then took his life in his hands by TWEETING THE ENTIRE THING, claiming his girlfriend had “taken psychoness [sic] to a new level.”

Er, Kieran mate, you know she can hear you, right?

Some of his lovely lady’s rules included making sure his phone was charged “at all times” (which is pretty sensible advice, tbf), not following girls on social media, not taking photos with girls, not buying any girls a drink, not playing drinking games with girls and, in general, avoiding all girls. 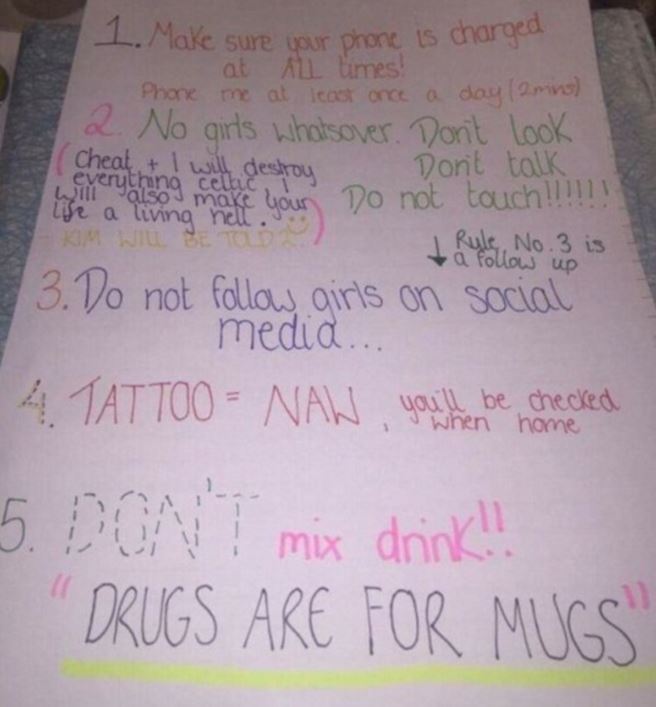 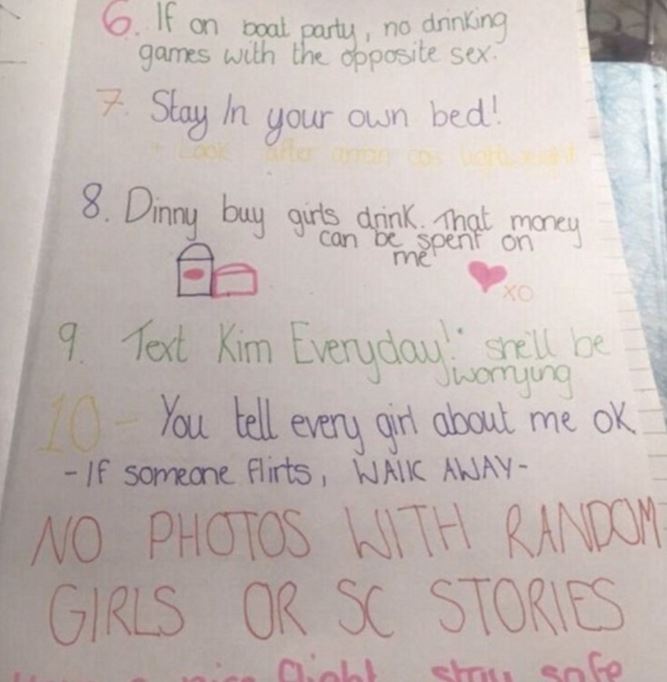 Needless to say Kieran’s post went beyond viral, racking up more than 16,000 likes and nearly as many retweets before he made his account private.

No word yet as to whether he survived his trip – or Whitney’s reaction to being call “psycho”.