Nikki Kelly, 24, was on the pill and showed no signs of being pregnant and yet gave birth after suffering what she thought was period pains.

She gave birth to her baby, James, on her bathroom floor when her fiance, Aaron Swallow, was out at work.

She phoned Aaron 76 times in 30 minutes until he finally called her back only to find out that he was a father!

Nikki said, “I couldn’t move I was in that much pain. I felt the need to push, three pushes later out comes my son.” 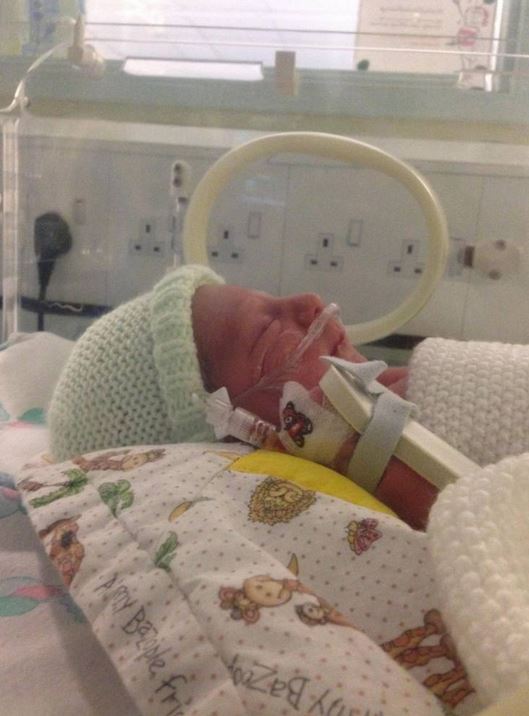 When Aaron finally phoned he told Nikki he was on his way, then he asked, “Who’s that? Who’s crying?” to which Nikki answered, “It’s your son.”

They checked their son into the hospital and Nikki was told by staff that they thought she was between 32-37 weeks pregnant.

Nikki revealed that she was “still on the pill and having monthly cycles. I was going to the gym two times a week.”

“The doctors said because I’d kept fit and healthy that’s why I didn’t have a bump.

“James is perfect in every way and I dont have a single stretch mark, so I can’t complain.”