Ann Gray a 29-year-old woman who met a man through an online dating site soon realised she was in for a bit more than she bargained for.

After going on 3 dates with the man she met online she realised it was no longer “working” for her.

She realised things were getting a bit creepy, when he continued to message her and sent one message stating,

“I think we need to have a date tonight! I will be around your house in 30 minutes”.

So Ann decided to take matters into her own hands and composed a lie that would get her out of the mess. 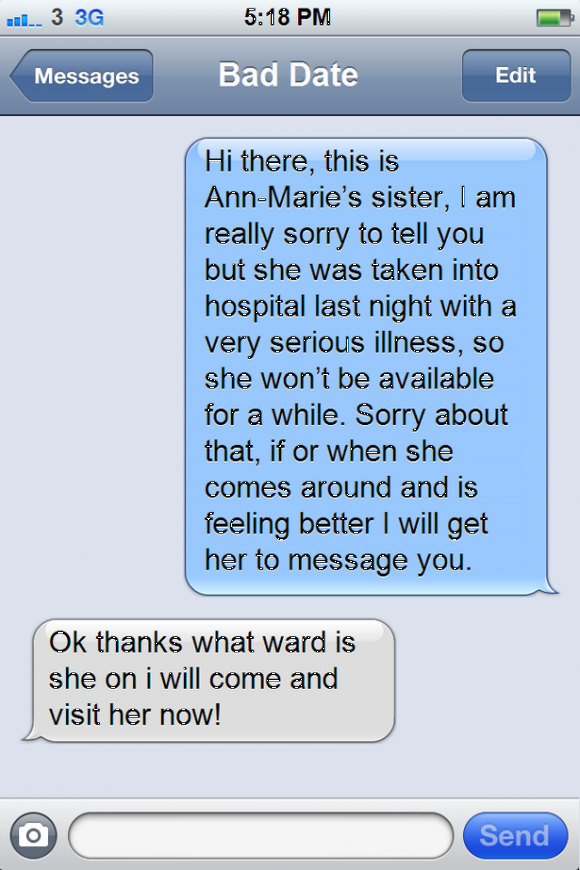 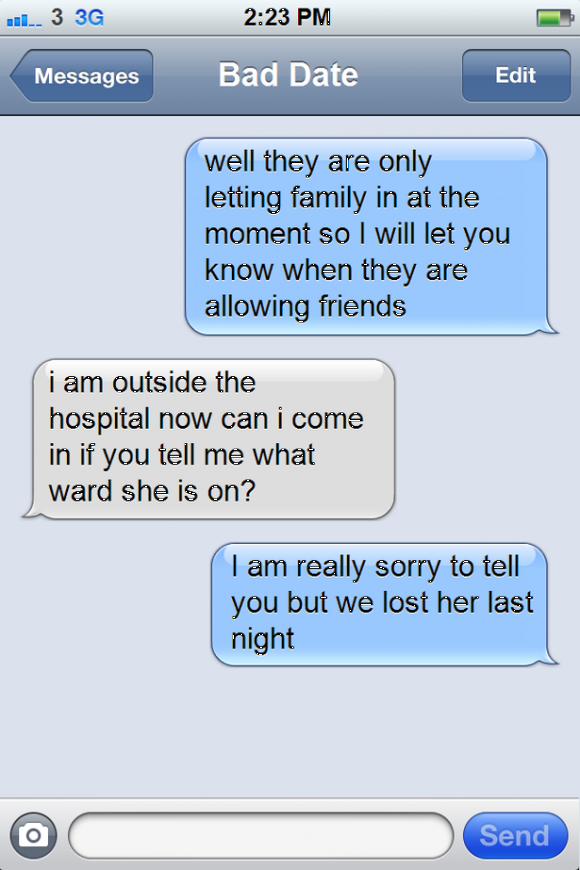 As it turns out, the guy never messaged her again… until he found her back on the dating website a few months later!!

She said that he,

“Sent her a horrid message! Can’t say I blame him really. I am currently engaged to be married and not dead!”.