In Disney Pixar’s new film, Inside Out, there has been a minor change in the Japanese version that had us raising our eyebrows.

In the “eat your vegetables” scene, the original version had broccoli as the despised veggie.

But apparently, in Japan, their kids are pretty good with eating their broccoli, it’s capsicum they hate!

So the scene in the Japanese film was replaced with green bell peppers, as they are “more universally hated by Japanese children” instead of Broccoli. 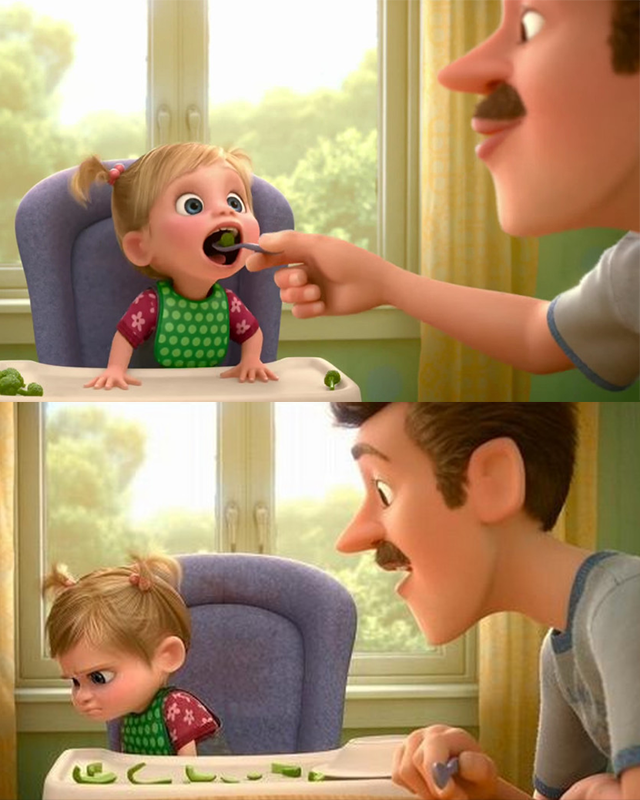