We all have our favourite seats when it comes to flying.

But if you’re looking for the safest seat on the plane it may be time to rethink your seating plan.

According to TIME, a study of aircraft accidents over the last 35 years shows that you have a greater chance of survival when sat in the middle seats towards the rear of the plane.

While it may take longer to disembark once landed, the study found that those sat in the back third of the aircraft had a 32% fatality rate. 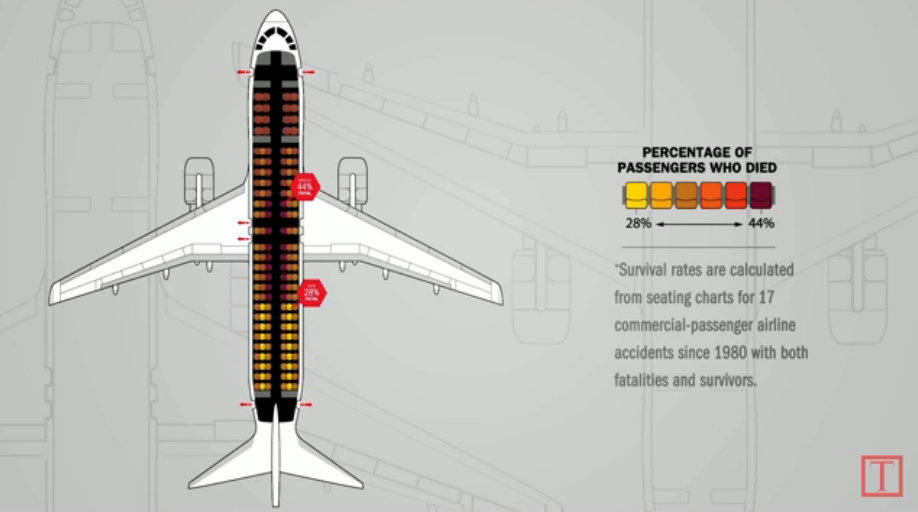 That percentage increased to 38% for the front third and 39% in the middle third.

Those seats in the middle of the back rows (between the window and aisle seats) while often the least popular with passengers were in fact the safest with a 28% fatality rate.

This increased to 44% for those aisle seats located in the middle third of the cabin.

However, that said, the survival rate has more to do with the circumstances of a crash than where you sit.

The study found that in several of the accidents analysed, survival was random which is why many experts say there is no such thing as the safest seat on a plane.

The good news is despite what fears we may have, flying is incredibly safe – especially when you compare it to the chances of dieing in a car accident.