Catherine Zeta Jones was the beautiful lady in red yesterday at the Golden Globes, there’s no denying it.

However there is also no denying her uncanny resemblance to the also beautiful “salsa dancing” emoji.

The “salsa dancing” emoji which can signify multiple festivities for the smartphone generation. So you can only imagine the widespread dis-belief when all of a sudden the favourite go-to emoji was brought to life!

But it only gets better…

Chrissy Teigen, wife of John Legend, pulled a face during his award acceptance speech that can’t be likened to any human emotions. However it does look very familiar to the emoji face referred to during awkward moments… You know the one. 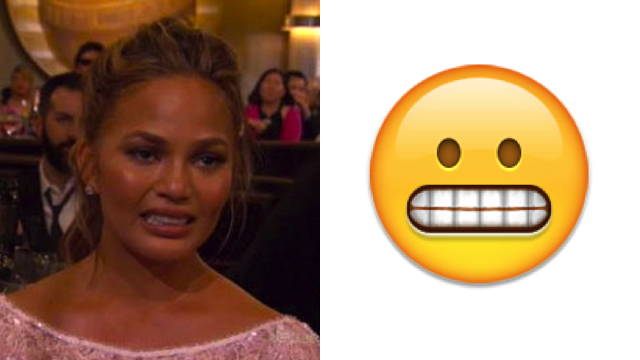