Younger generations are having fewer sexual partners than their baby boomer counterparts according to a survey released this month by San Diego State University.

The survey gathered data from 33,000 adults in America and found that 25-year-olds today have had eight sexual partners, while the older generation had about 11 at the same age.

A website Slate, has created an online calculator to see where you stand in your past sexual escapades compared to others who’ve filled the survey. 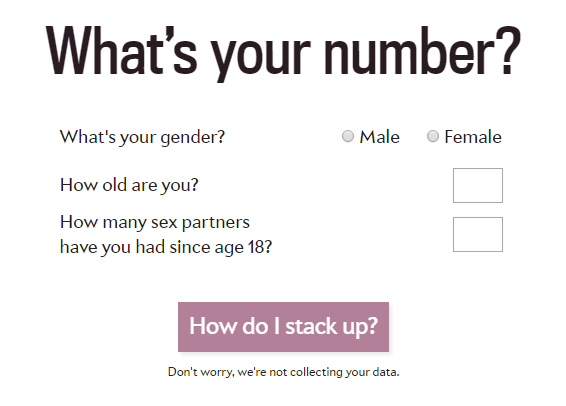 In the most recent Australian Study of Health and Relationships, the average number for women over their lifetime is eight, whereas men had about 18 partners over a lifetime.

Although this is the average number in Australia, there is no right or wrong answer.

Have a look to see where you stack up!