Researchers have figured out what the most dangerous way to have sex is. Here’s a clue: it’s not missionary.

Accidents in the bedroom are bound to happen to everyone at some point… you’re in the middle of things and then, oops, something terrible happens.

Scientists in Brazil were so fascinated by the accidents that happen in the bedroom that they decided to look into what makes sex dangerous.

As you can see, the most dangerous kind of sex position is with a woman on top and carries the greatest risk of penile fracture.

The Brazilian researchers have said,

“When woman is on top she usually controls the movement with her entire body weight landing on the erect penis, not being able to interrupt it when the penis suffers a wrong way penetration, because the harm is usually minor in woman with no pain but major in the penis.

“…When the man is controlling the movement, he has better chances of stopping the penetration energy in response to the pain related to the penis harm, minimizing it.”

What’s so bad about penile fracture you ask? Well firstly, there is A LOT of pain. Secondly it could result in long-term damage, in the form of erectile dysfunction. 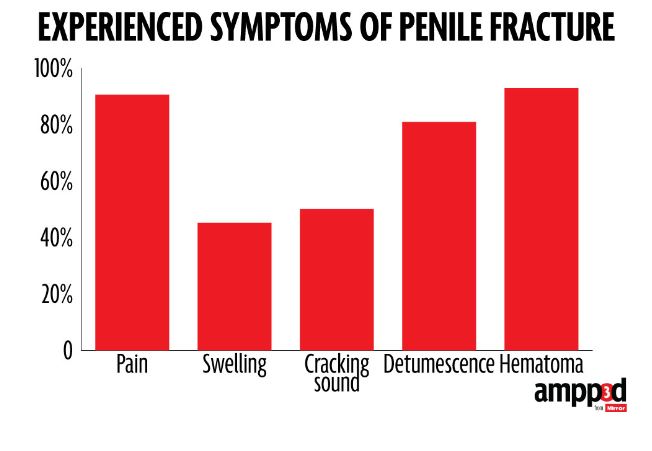 I’m sure nobody wants that… Be Careful out there people.