Let us paint you a picture.

It’s Friday night and you’re at that slightly awkward age when you can get into places underage (we are in no way condoning this, by the way) but your parents won’t let you out.

At this stage, you can either admit defeat, swap your heels for slippers and settle in for a night in front of old Disney movies OR you can sneak out.

The latter is a risky, risky move though; what if your parents come in to check on you? How do you make sure they believe you’re really, truly in bed?

You cut your own hair off, of course. 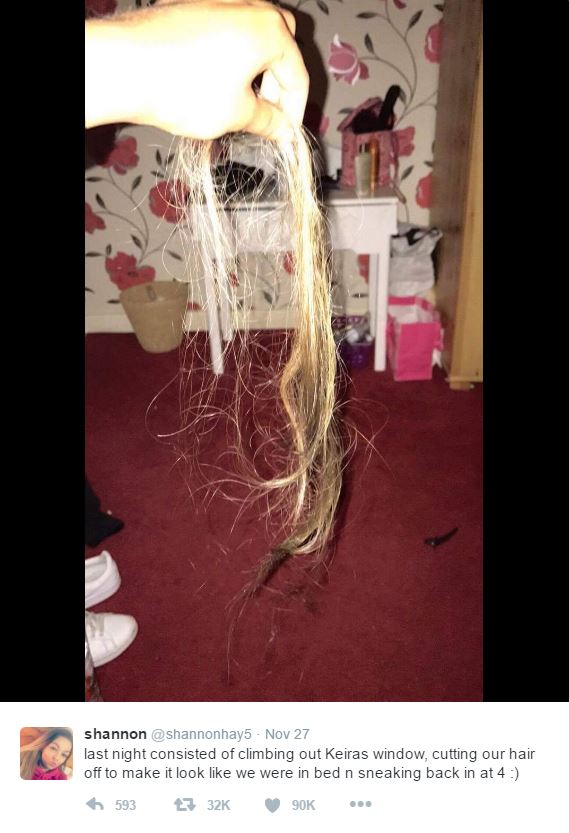 For Shannon Hay and Keira Wilson, lopping off a string of their own locks seemed like the obvious way to convince anyone sticking their head around their bedroom door that they were all tucked up under the duvet. 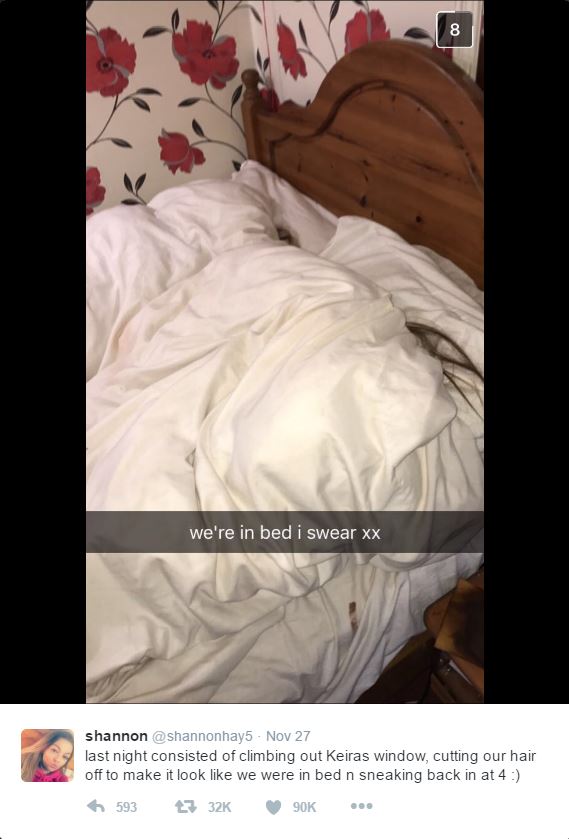 That’s a level of genius even Einstein would be jealous of.

Thankfully the girls documented the entire thing on Twitter and Snapchat for our viewing pleasure – although, with 90,000 re-Tweets, it probably won’t be long before the escapees’ parents find out.

Maw says you can’t go out so you use your window 😂😂 pic.twitter.com/MShvOXZY5U

This, ladies and gentlemen, is the 21st century version of Ferris Bueller’s Day Off, and we bow down.