Just incase y’all were wondering, today is a Wednesday. And on Wednesday’s we talk all thinks P!nk! (As well as wearing pink)

Her Royal P!nkness has just kicked off the Australian leg of her ‘Beautiful Trauma’ tour starting off in Perth before moving on to Adelaide, Melbourne, Sydney and Queensland.

But apart from putting on utterly spectacular shows featuring her stella vocals, kick-ass dance moves and trapeze tricks, and insane costumes, what else has P!nk and her fam been up to since coming to Australia?

According to her Insta account, which these days is the most trusty of sources when it comes to noting people’s whereabouts, the Hart family have already done some true blue Aussie stuff!

Before stopping over in Australia P!nk, hubby Carey Hart and their adorable kids, 7-year-old Willow and 18-month-old Jameson, took a detour to the place that Australians love to holiday. Bali.

Sharing a bunch of adorable photos to her Instagram account, P!nk and her family enjoyed the full cultural experience in Indonesia, going to the beaches, markets, lookouts and cooking classes.

Thankyou to the people and the ocean and the energy of Bali. We love you.

Touch Down In Oz – First Stop? To Grab A Beer

From Bali it was off to Perth for the first few concerts of her tour. And as soon as her plane had hit the tarmac what did our girl do? Head off to a brewery for an ice cold beer. She really is a true blue Aussie at heart!

Not only that but it looks like they rode there in style! P!nk also shared a photo jetting down a freeway on the back of a motorcycle. Gosh she’s cool…

Just Hanging out with her kiddies

But it’s not all sightseeing and adventures for the Hart family while Down Under. They’re also keen to just relax and chill out as a family. P!nk shared a photo of her hanging out with her youngest child, Jameson, at Perth Arena. Her little man was seen riding around the staging area on a teeny tiny tricycle and looking incredibly adorable while doing it!

And apart from that, P!nk’s just been doing her thing and hanging around upside down from a chandelier like it’s no biggie. 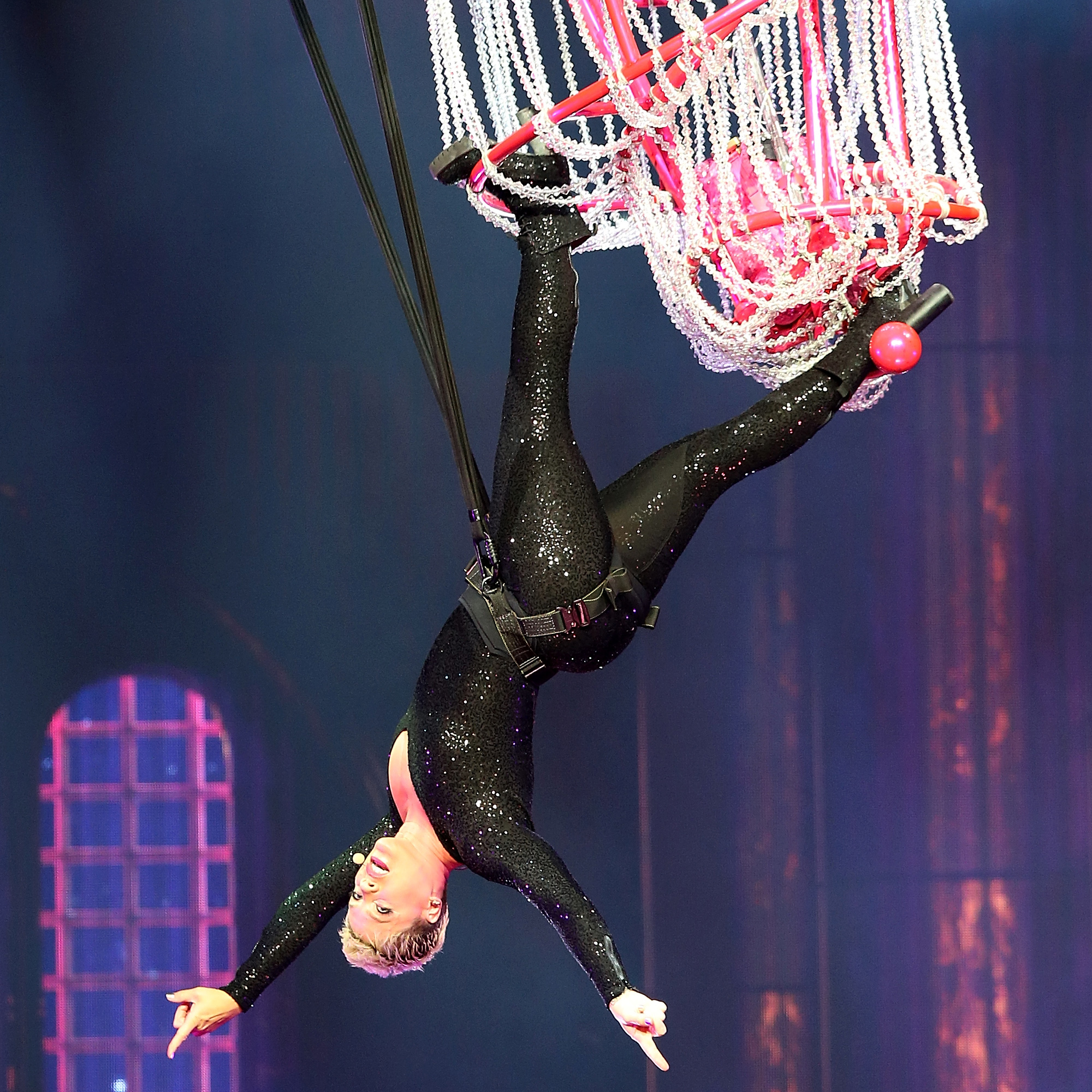