Was there wedding bells for Mila Kunis and Ashton Kutcher over the holiday period?

A cryptic message on Ashton’s Facebook page hints towards just that.

‘Happy New Year, (love) The Kutchers,’ was spelt out in the sand in Ashton’s message. 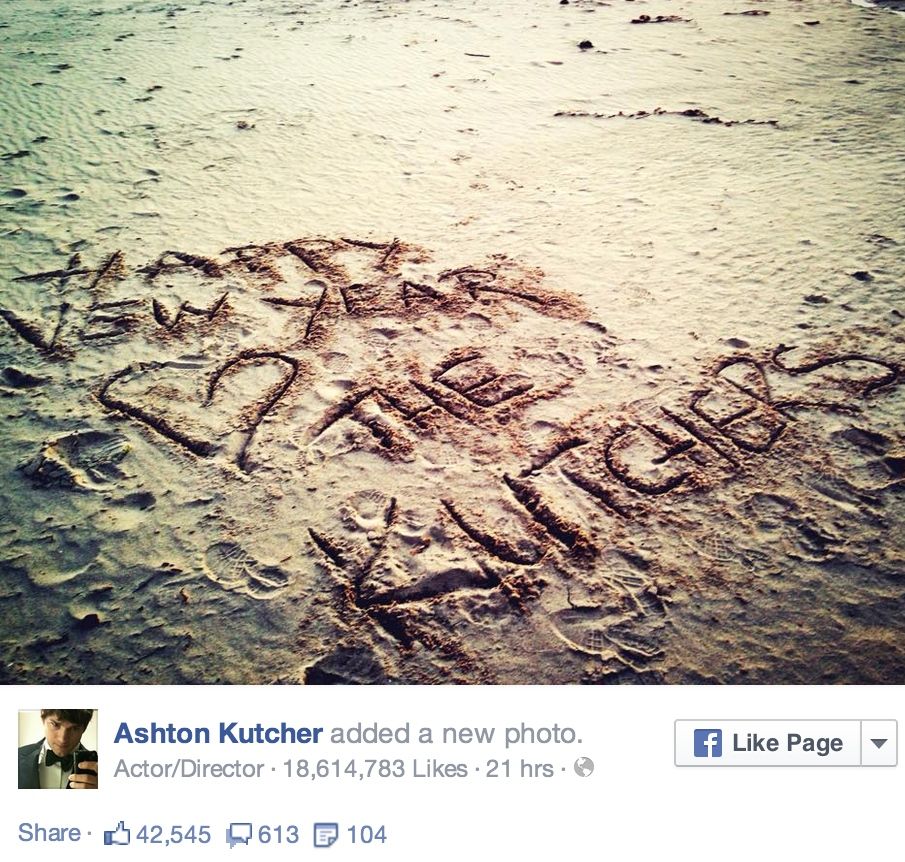 The couple were engaged in February 2014 and gave birth to their first child, Wyatt on October first, so wedding bells would round out a very busy year for the couple!

A secret wedding would be consistent with Mila’s previous public opinions about marriage.

‘Now my theory on weddings is: Don’t invite anyone. Do it privately and secretly,’ Mila told W Magazine’s August 2014 issue. ‘My parents are okay with that. They’re just excited that I said yes.’