Stefan revealed many things about the goings on in the mansion, including the fact that Hef reportedly recorded every sexual encounter, keeping them in a library of sorts.

Tetenbaum revealed Hef did this to cover himself, in case he ever needed to defend himself.

The OTHER thing he revealed, is that everyone always tried to get a look at Hef naked, ‘because they wanted to see what he had… was it all about the money? Did he have some sort of giant shlong?’

‘So did you ever see Hugh Hefner nude?’ Kyle asked.

‘Only one time… [he looked] very pale, like the underside of a lizard…’

Jackie felt bad for Hef: ’This is terrible, poor Hugh, he’s only been gone a week.’

‘When I saw it, I thought at first it looked like a baby hammerhead shark.’ 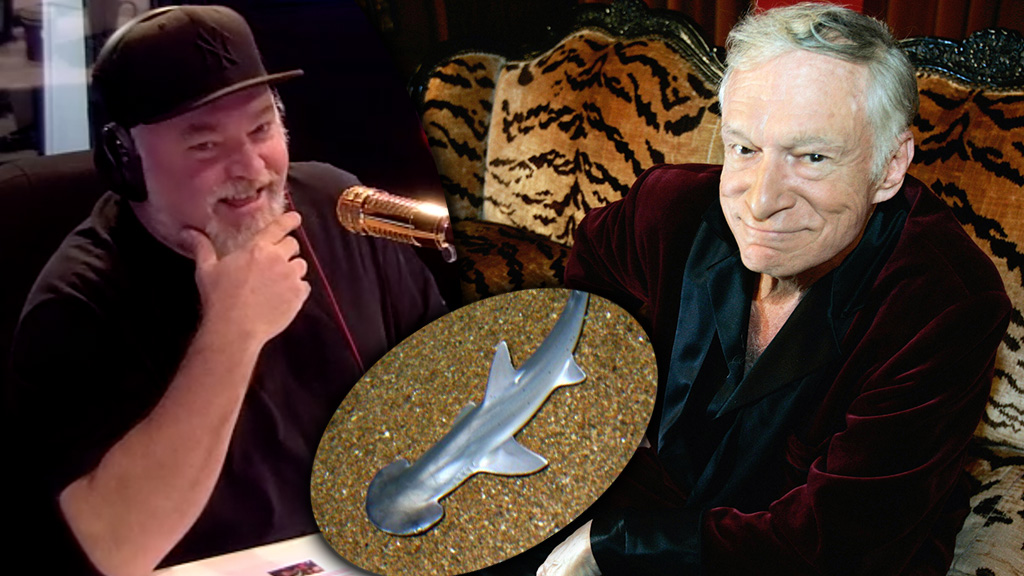 ‘I realised when I looked closer, it was a sex apparatus on top of his penis…’ Tetenbaum revealed.

Five Incredible Things You Can Do With $5,000

This Is What Laura Would Have Said If Matty Proposed