You never know what to expect from Big Brother, but that’s half the fun. Well now, BB has some very important news for us which is going to change the game. 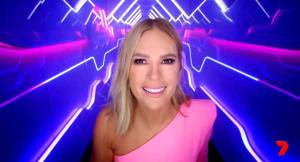 The Seven Network has announced that they’re bringing Big Brother VIP back to Australian screens later this year.

I can feel the nostalga already.

The last time we saw the VIP version was back in 2002, you know when low rise jeans were in and frosted tips were all the rage. We saw Sara-Marie Fedele, Adriana Xenides, Warwick Capper, Imogen Bailey, Anthony Mundine, Red Symons and of course KYLE SANDILANDS! But Dylan Lewis took the BB crown.

Filmed in the all new Big Brother house in Sydney, Big Brother VIP will be hosted by the wonderful Sonia Kruger and will feature some of Australia’s best-known celebrities. And we CANNOT WAIT to see some Aussie celebs be sealed into the BB house. 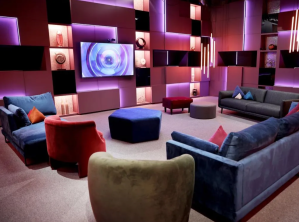 We don’t know who or how many celebs we will be seeing, but like the old days, the winner will be decided in a live finale.

Seven Network Programming Director, Angus Ross, said, “The new season of Big Brother looks fantastic. We can’t wait for Australia to meet this year’s amazing collection of housemates and to start discovering the many surprises and twists we have built into the show.

“With anticipation for the new season building, the time is right to commission Big Brother VIP.

“The celebrity format is a proven success around the world. It was a hit here in Australia almost two decades ago and we’re looking forward to introducing a whole new generation of celebrities to Big Brother. Let the game begin,” he said.

Endemol Shine Australia CEO, Peter Newman, said, “We now welcome a host of celebrities to a brand-new house, seal them off from society and see who can survive the twists, turns and surprises that Big Brother has waiting inside. Who will win? Australia will decide.”

The regular season of Big Brother will be blessing our screens very soon on Channel 7 and 7plus.

Kylie Gillies Bursts Into Tears As She's Pranked By Her Son

You Can Expect Another Dead Character From Grey's Anatomy To Make An Appearance!