Tori Spelling recently sat on the hot seat of Celebrity Lie Detector and revealed she got p-retty close to some of her co-stars during the original series of Beverly Hills 90210, Brian Austin Green who played on-screen boyfriend, David Silver. She remained tight lipped about who the other co-star was after confessing she had slept with two of them.

But, Too Fab reveals that Tori has now disclosed that Jason Priestley was the other! And it wasn’t just one time…

‘It was a summer fling, it was off set, it was our version of a summer romance,’ she is reported saying. ‘The 90210 version. That was it, we stayed great friends for the rest of the run.’

While she does go on to say that she didn’t lose her virginity to neither Jason nor Brian, there is a creepy little fact she let slip… She apparently lost her virginity in the dress she was wearing for one the show’s first major promo shots! 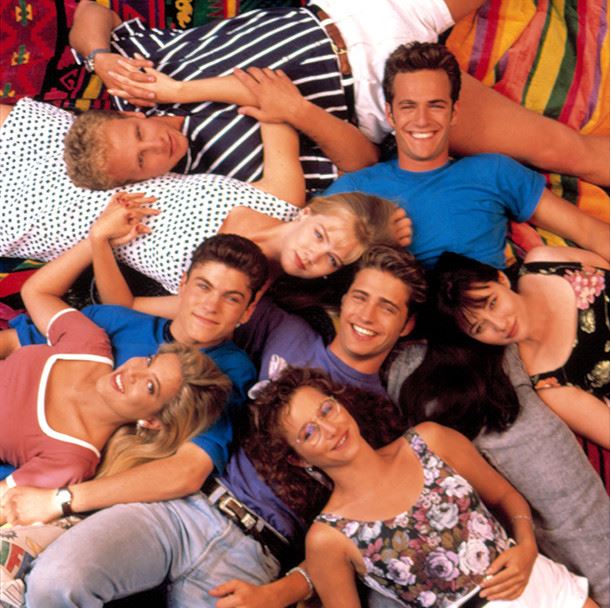