They were one of only two couples that made it out of the reality show that everyone was obsessed with on Netflix, Too Hot To Handle, but now Harry and Francesca have called it quits on their relationship.

Both Harry and Francesca have confirmed the news, with Harry posting a bunch of Instagram stories while Francesca went one further by releasing a full Youtube video.

And well, based on what Francesca says, it seems like there may have been some cheating involved.

The news of their split comes just a month after Aussie boy Harry proposed to Franc with a ring pop via zoom on the THTH reunion.

And while they seemed to be inseparable, they were physically kept apart due to the coronavirus pandemic.

In her Youtube video titled ‘Our Breakup’ Francesca seemed to say that the long distance was partly to blame, but also hinted that Harry had done the dirty and cheated on her.

“Harry and I are not together anymore. He decided to break up with me because he couldn’t do long distance anymore,” Francesca said.

“There was rumours and accusations being brought up from people and stuff like that and he didn’t want to validate those things by releasing that we were going to take a break.

“For me, I would’ve stuck by this person no matter what but it wasn’t reciprocated and he was moving on and he is moving on and there’s been things that have been done that have made me realise that that is not the relationship that I deserve to be in,” she continued.

“I’ve forgiven so much. I’ve stood by the relationship because I loved him but I can only put myself through so much so I need to move on.”

In his own statement on his Instagram stories, Harry seemed to hit back at the claims saying that you shouldn’t always believe everything you see.

“This is a sh*t situation and only myself and Francesca know the full extent of what’s happened,” he said. “There’s always two sides to every story.” 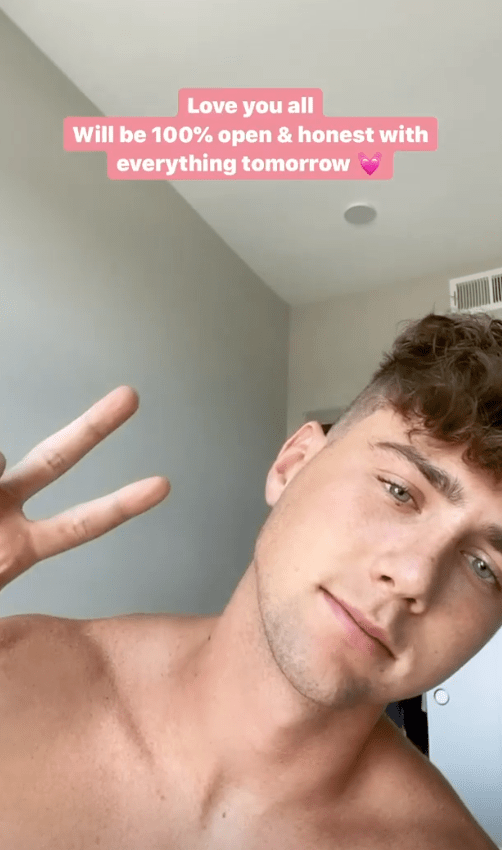 “People seem to think they know exactly why I ended things with Francesca,” he continued. “You don’t break up with someone for no reason… Nothing bad has happened… It’s harmless.”

Harry also promised that he would release his full explanation of the break up later today.

Whatever the reason for the breakup, we’re certainly feeling a little heartbroken about it. These two were so cute together!