They may have been BFF’s since school, but there was still plenty of confusion when Nicole Kidman and Noami Watts went in for the pash on stage at the Women In Film awards.

The pair donned quirky shower caps before leaning in for a kiss after Watts presented Kidman with the Crystal Award to recognise her role in the industry.

But there was a very good reason behind the Madonna-esque moment.

Accepting the award, Kidman revealed that at the age of 14 she was offered a role in one of Jane Campion’s first films – A Girls Own Story.

However she would have to wear a shower cap and kiss a girl.

“My excuse was that I had final exams to study for, but the truth is the part would have required me to appear up on the screen wearing a shower cap and kissing a girl,” she said.

“I wanted to be the kind of actress with long flowing hair [who] kissed boys. I was not ready to do the kind of work that threatened anybody.

“Well, today I know better and I say, Jane, if you’re out there, I’m ready to don this cap.”

And then she grabbed out the shower cap before finally going in for that kiss. 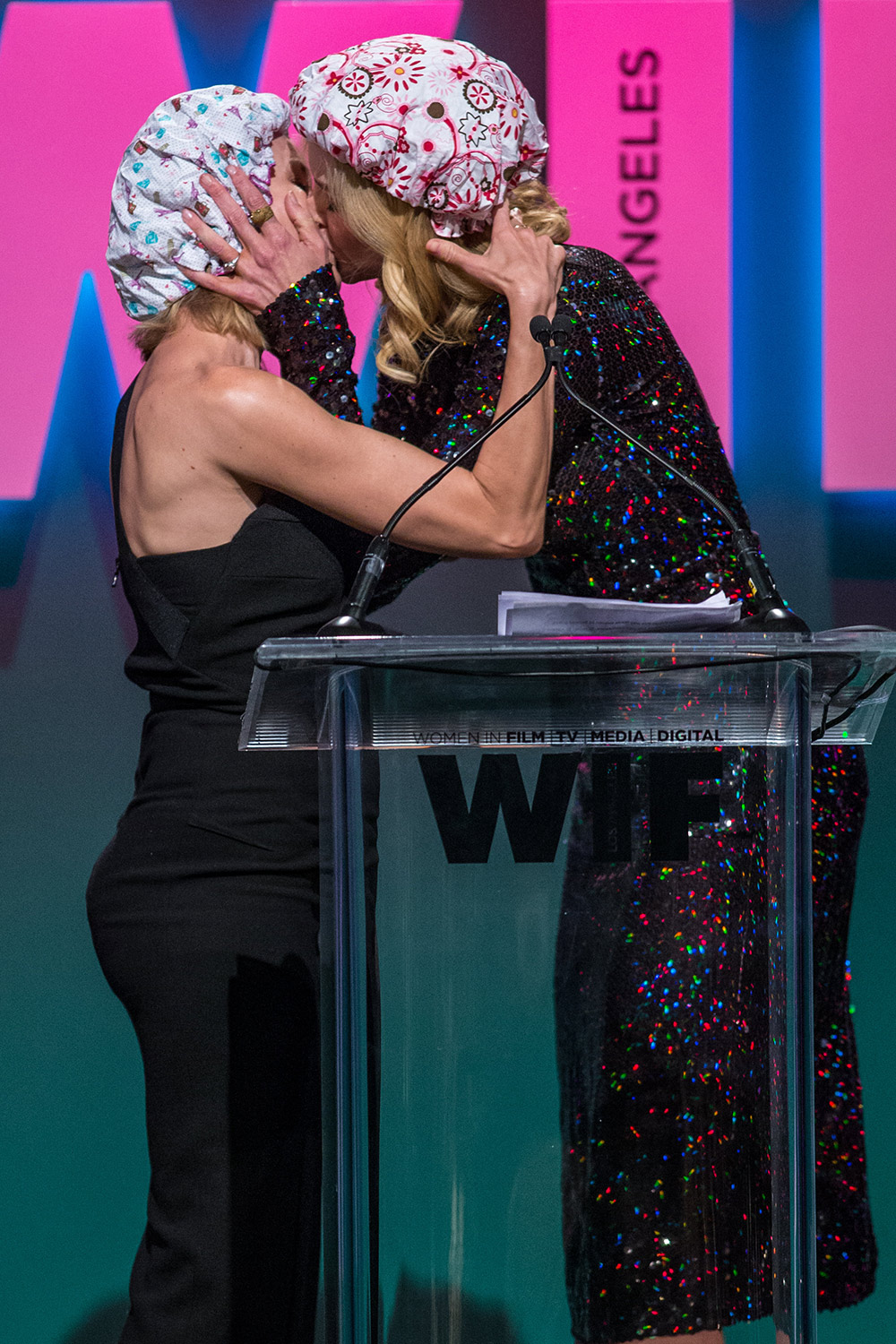