Yesterday the world came to a bit of a standstill when Kim Kardashian released snapchats showing video footage of Taylor Swift agreeing to Kanye West’s song ‘Famous’, a track she would later reference in a speech when discussing ‘people who try to take credit for our fame’.

Well, didn’t the internet just lose its nut a little? One by one star after star began coming out of the woodwork and choosing a side, whether declaring it publicly or not.

The one post that seemed to go mostly unnoticed, was a tweet from Katy Perry, that simply said ‘haha’’.

She then swiftly deleted it, pardon the pun.

Obviously Katy is loving sitting back and taking in the show, seeing as she and Taylor are long time foes, made apparent by Taylor’s ex, Calvin Harris, when he tweeted her saying THIS, ‘I know you’re off tour and you need someone new to try and bury like Katy ETC but I’m not that guy, sorry. I won’t allow it.’

It was in reference to her leaking the fact that she wrote his new smash with Rihanna ‘This Is What You Came For’, despite agreeing that she wouldn’t leak that information.

Soon after Katy’s ‘haha’ tweet was taken down, the internet erupted, and not in a good way. Like a Tsunami.

#RISE above it all: https://t.co/ToeZNtE4rE

Then, Justin Bieber weighed in – sort of. 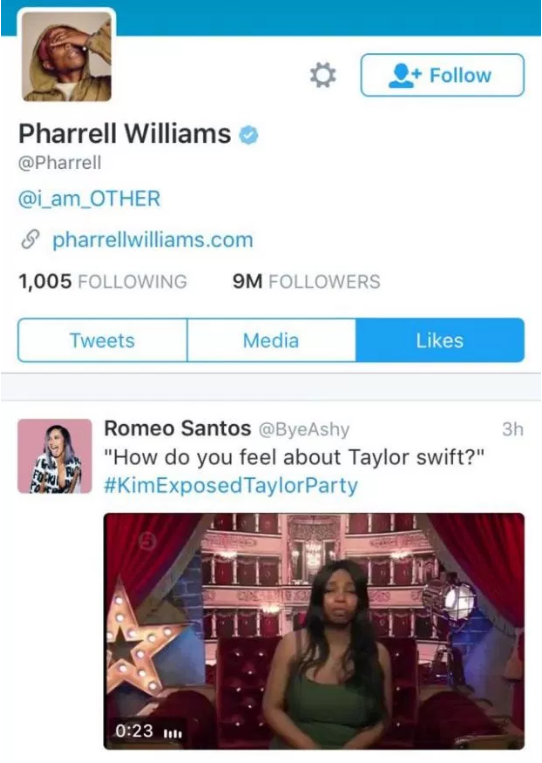 The Internet has the ability to bring us together, change the world and how we think and treat one another.. But it’s sadly more often used to bring people down…with everything going on in the world.. Maybe we need to adjust our priorities. Edit: people making this about an issue that came up today check my Twitter and see this is an everyday issue I speak of. I get told to kill myself, to die, my mother is a whore and someone trolled my girlfriends parents saying they should have aborted her… Yesterday I tweeted to stop trolling family and family friends and just troll me…This is my list on how I deal with the hateful comments…

Then Ruby Rose said her piece, before denying that it had anything to do with the Taylor/Kim drama.

Then the MOTHER of all battles; Khloe Kardashian V Chloe Grace Moretz. Already on the Kardashian black lift for shaming Kim’s naked selfie, Khloe was quick to jump on Chloe for her comments.

Is this the a hole you’re referring to @ChloeGMoretz ??? pic.twitter.com/h56S8FvNWr

Turns out it wasn’t her with the a-hole poking out. As she made VERY clear soon after.