We’ve all heard of the Dog Whisperer, but that’s child’s play compared to what this guy does.

Beau Greaves is a 24-year-old man from the Gold Coast who is enamoured with crocodiles. So much so that he spends nine months of the year swimming with deadly saltwater crocs. 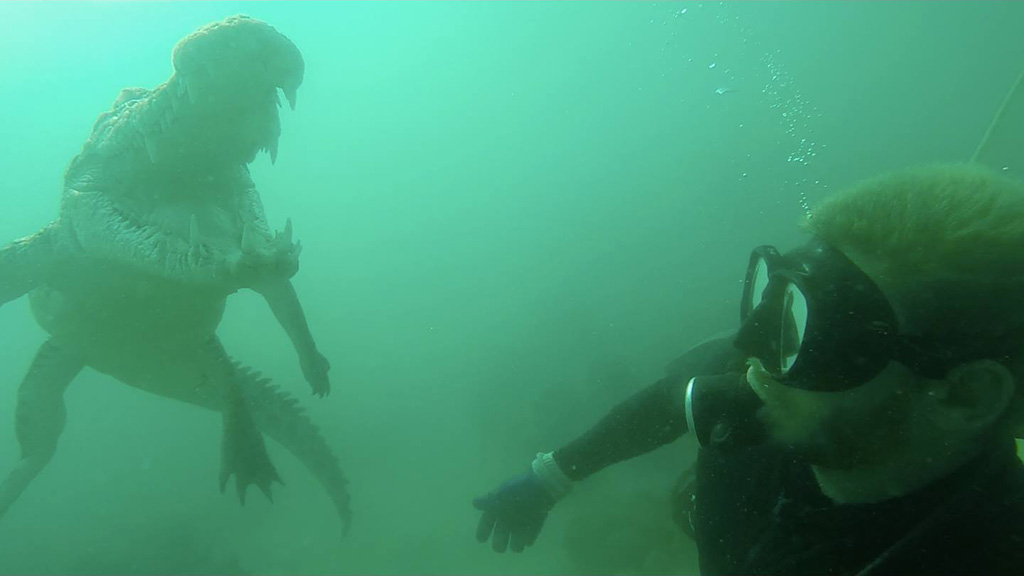 The internet sensation has filmed hours of footage swimming up close and personal with the reptiles and is hoping to star in his own ‘extreme’ wildlife show as he believes he has a connection with the giant crocs! 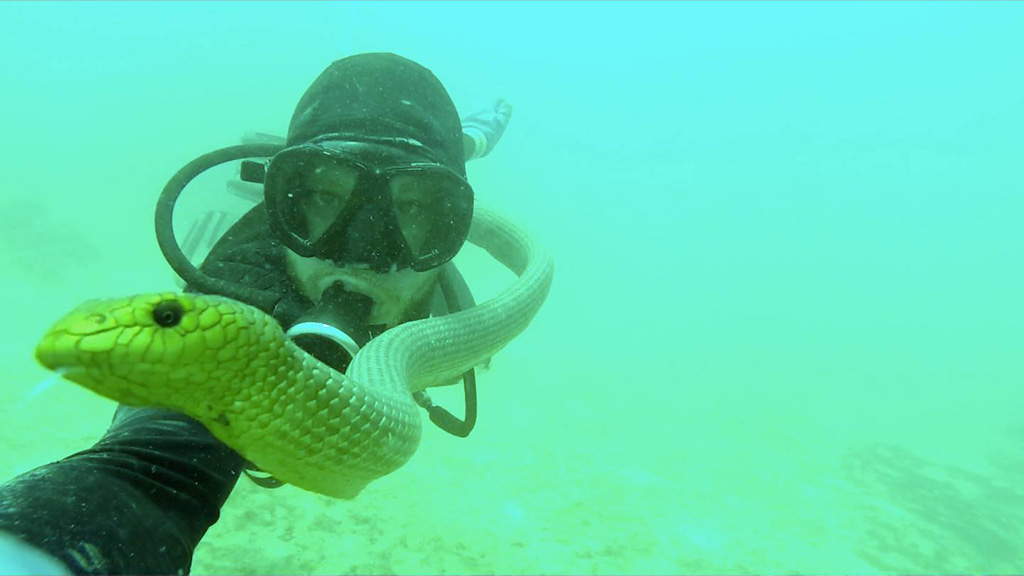 “I’ve always had this weird bond with reptiles,” Mr Greaves told the The Courier Mail.

“I just gauge their mood, and if they’re relaxed, it’s all cool. I jump in and swim around with them.

“I love crocs. I’ve got absolutely no fear. But I do respect them. And I’ve learnt my lesson not to touch them.” 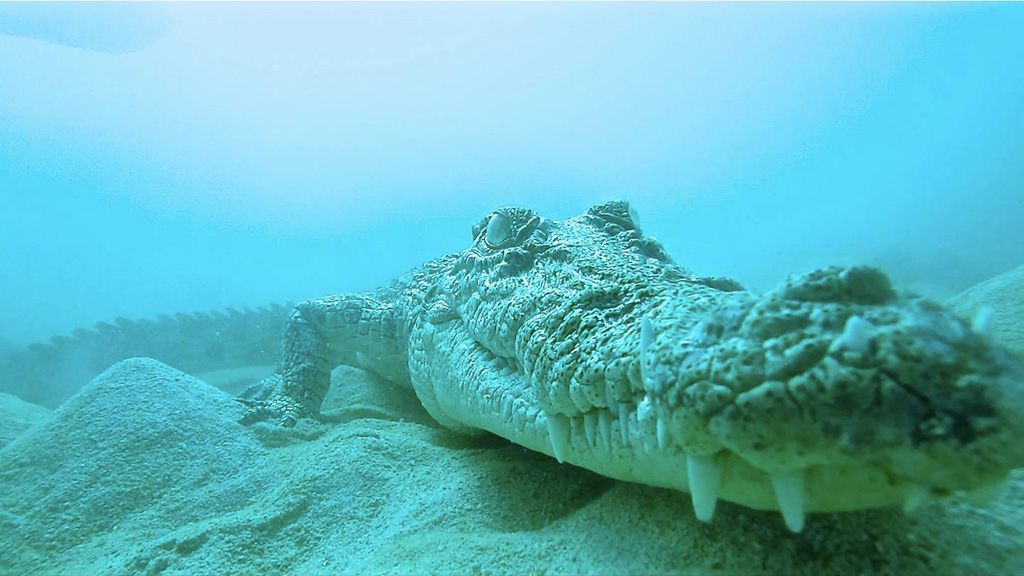 His latest selfie, titled “How to Smile at a Crocodile” and posted on Facebook, shows him posing underwater next to a 3m-long wild crocodile and grinning!

However, reptile experts call him “completely nuts” for risking his life and warn him that he’s on borrowed time.

Dr Adam Britton, a man who has scuba dived with crocodiles in the Nile river in Africa also fears for Greaves

“He’ll get killed. If he doesn’t lose his head, he’ll lose one of his limbs. He might get away with it nine times out of 10, but then ‘bang’, and it’s the end.”