The squad is now threatening to leak nude photos of Taylor for cash!

Don’t worry though Taylor hit back at the group with some hilarious tweets! 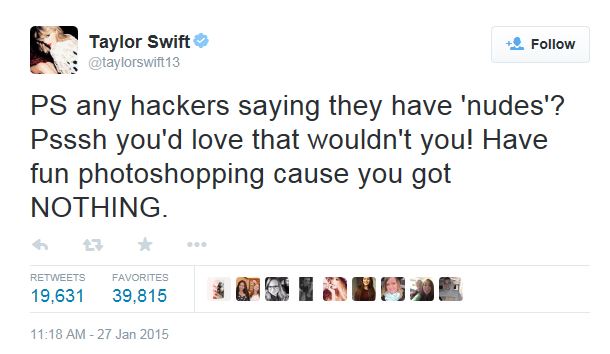