Taylor Swift has kept her relationship with actor Joe Alwyn incredibly private over the years and so it wouldn’t be all too surprising if the pair had become engaged without any of us knowing about it.

Over the weekend, Swifties were given a slight glimpse into Taylor and Joe’s relationship in her new documentary ‘Miss Americana’ and one scene in particular has fans thinking they could be engaged.

So it’s finally out! #MissAmericana is on @netflixfilm and I’m really excited for you to see it. I want to thank @lanawilson for her endless curiosity and for wanting to make this film. It’s pretty wild to be sharing this much of my life because it’s pretty scary to be vulnerable! (understatement of the century) But I’m also so grateful to the critics and journalists who have so thoughtfully watched and reflected on the film. 🙏🌯🐱🎒🎶

Before delving into that, can we please just take a moment to say that if you haven’t watched Miss Americana yet, DO IT! It dropped on Netflix on Friday night here in Australia and honestly it’s so good.

But moving on, during one scene when Taylor talks about breaking her silence on politics, eagle-eyed fans have taken notice of something more than just Tay Tay’s girl power.

The scene sees Taylor sitting on a couch with her mum by her side, explaining that she wants to “be on the right side of history” and can’t possibly keep her mouth shut on her own political opinions any longer.

As she lifts her hands up, a massive diamond ring is noticable on Taylor’s left hand. 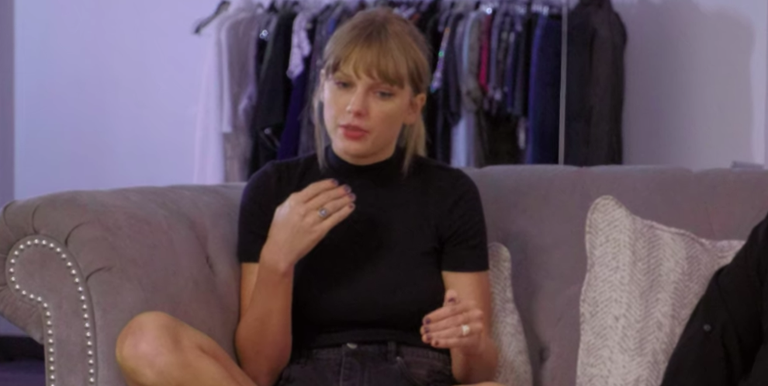 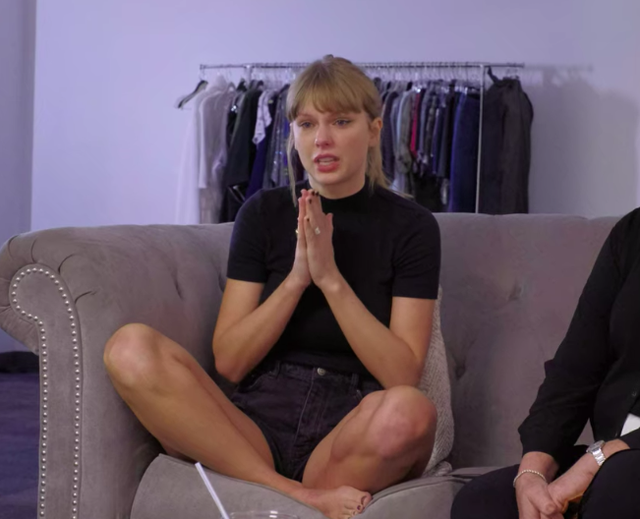 When the film originally premiered at the Sundance Film Festival, director Lana Wilson was asked about the diamond accessory but she didn’t reveal too much and actually didn’t seem to notice it herself.

“Whoa. I’m going to have to revise that scene,” Wilson told InStyle.

Could Taylor and Joe be engaged? They certainly are in love and we can see this during Joe’s presence in Miss Americana.

He is seen backstage after one of Taylor’s shows as the pair embrace in a massive hug. Tay Tay also mouths “I love you” to her boyfriend (or possible fiancee) at one stage.

In saying that, Taylor did open up about settling down and having kids during the documentary, saying that she’s definitely not ready for that yet.

“I kind of don’t really have the luxury of figuring stuff out, though because my life is planned two years ahead of time. Literally in two months, they’ll come at me with dates for the next tour.”

Do you think they’re engaged? Go watch the doco and decide for yourself!