There’s no doubting Taylor Swift loves her fans, but if you ever needed proof this story is it.

The pop star has responded to a video from one young fan battling leukemia, donating $50,000 USD ($67,000 AUD) to help with her medical fees.

“To the beautiful and brave Naomi, I’m sorry you have to miss it, but there will always be more concerts. Let’s focus on getting you feeling better. I’m sending the biggest hugs to you and your family.”

And when you see Naomi’s reaction it makes you realise just how much the message alone meant to the young fan.

Last month Naomi was diagnosed with Acute Myeloid Leukemia (AML) after her parents noticed excessive bruising on her legs and torso.

Characterised by an overproduction of immature white blood cells which prevent the bone marrow from making normal blood cells, Naomi was told she would have to spend the next nine months in hospital to undergo intense therapy.

Sadly for the massive Taylor Swift fan, the battle meant another big sacrifice. She would no longer be able to see her idol perform in Arizona this August. 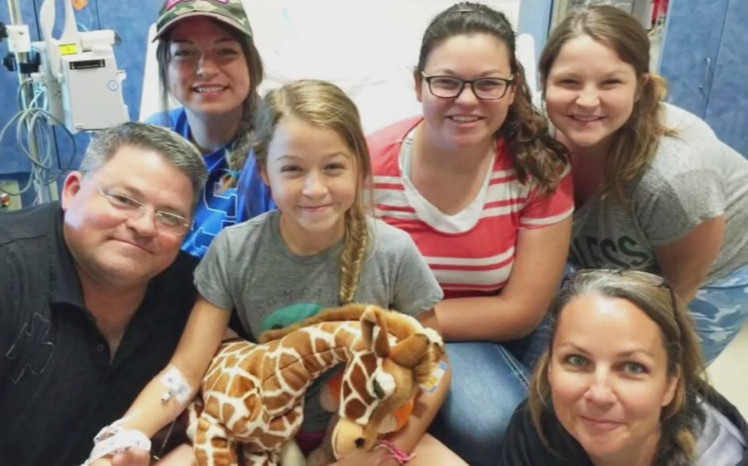 Sharing her story on GoFundMe, Naomi’s family are hoping to raise awareness of her plight and donations to help cover treatment.

According to her uncle, Brandon Adams, the family have already received a $2,000 medical bill in the first 48 hours with that amount continuing to grow.

In a message on the page, Naomi’s father, Dan, shared that despite the battle they face, they’re focusing on being positive for the moment.

“We are obviously scared and concerned for our girl, but she has been a trooper and is positive about getting better,” he wrote.

“I think she has a hard road to travel, we are honored to be with her for the difficult journey.”