Tara Reid was once the epitome of that All-American-Girl-Next-Door look.

After catapulting to fame when she starred in American Pie, Tara went on to become quite the pin-up, constantly featuring on the “Hottest Stars” lists and posing for magazine covers.

Then Tara hit a rough spot, and even confessed to going under the knife at one point in a bid to maintain her position as one of Hollywood’s sexiest actresses.

Now Tara has been snapped at an event in Las Vegas looking NOTHING like her former self.

While the actress looks great, there’s no denying she looks like a totally different person while pictured attending the premiere of Syfy’s ‘Sharknado: The 4th Awakens’ at the Stratosphere Casino Hotel last night.

Are we even sure this IS Tara Reid?! 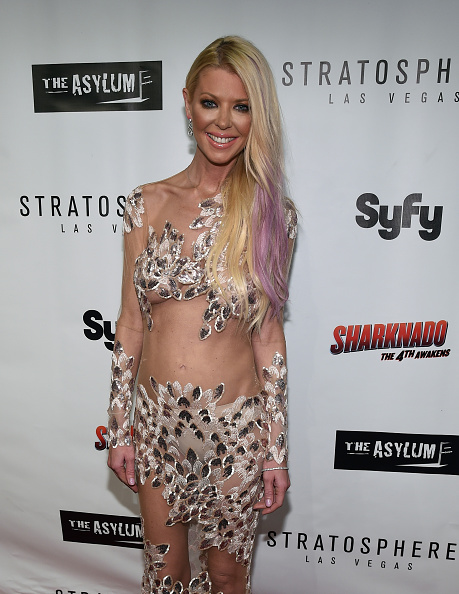