Taylor Swift joined Fifth Harmony onstage at her concert for a surprise performance!

The 25-year-old pop superstar got to be an honourary member of the girl band, when she invited them to sing their hit Worth It with her at her concert on Friday in Santa Clara, California.

Swift tweeted: “I want to be in Fifth Harmony”. And the Fifth Harmony girls tweeted their gratitude to Swift.

I want to be in Fifth Harmony. pic.twitter.com/WbogyPIzOd

IT WAS HARD TO KEEP IT A SECRET 😩😂 ohhh mah gosh!! tonight was AMAZEBALLZ !! #1989TourSantaClara

THAT WAS SUCH AN INCREDIBLY MAGICAL EXPERIENCE!!! THANK YOU @taylorswift13 FOR HAVING US❤️❤️❤️❤️ such a special moment I’ll remember forever

ur one of the greatest friends i’ve ever known and tonight was beyond my wildest dreams. *no pun intended* thank you so much @taylorswift13 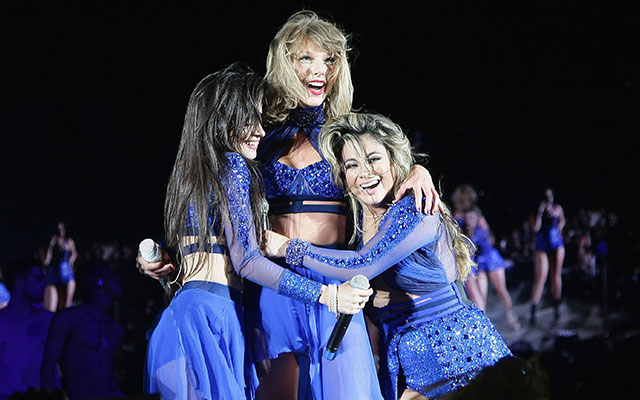