Former Australian Prime Minister Bob Hawke is regarded as one of the most charismatic politicians to have ever spent time in the country’s top job.

Hawkey came across as a regular bloke who loved a beer like most people at the time.

In fact his love of beer was so great that he made the Guiness Book Of World Records when he sculled a yard glass, which is the equivalent of two and a half PINTS of beer in just 11 seconds! 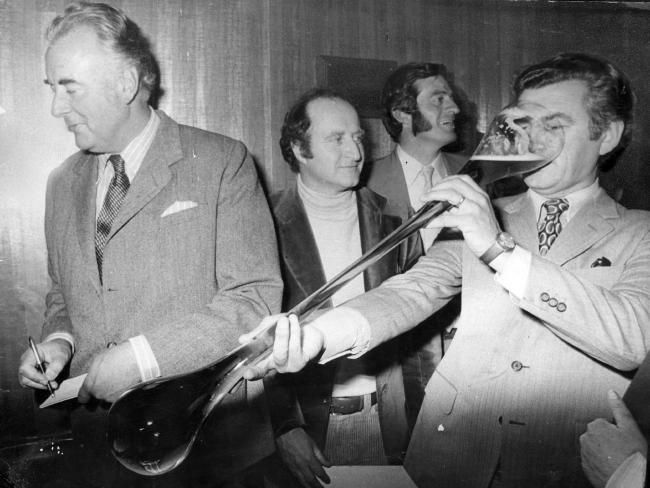 While Hawkey famously quit booze during his time in the Lodge, it appears he has been making up for lost time ever since.

In the last few years it has become a tradition for Bob to scull a beer much to the delight of the cheering crowd during the cricket test at the SCG.

In 2017 Hawke lent his name to new beer Hawke’s Lager, donating his profits to a great Aussie cause.

He said at the time:

“I’m not making anything out of this, all of my share is going to (environmental movement) Landcare.”

“I said I would do it on condition that I wasn’t making a profit out of it.” 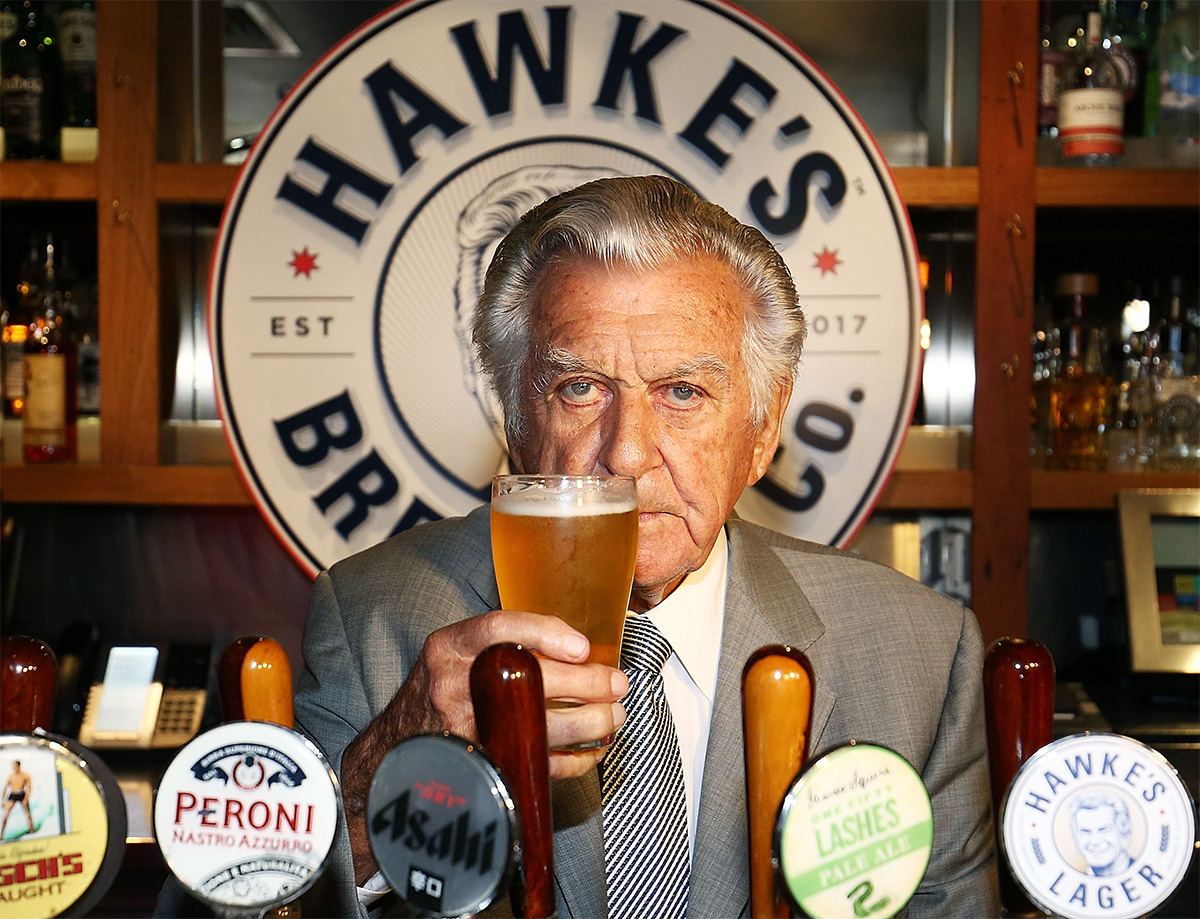 Now Sydney pub the Carlisle Castle in Newtown has commissioned this giant mural created by local artist Scott Marsh showing Bob wearing just a pair of shorts holding a beer and a newspaper.

The eye catching painting now dominates the second storey of the pub located on Abermarle Street in Newtown. 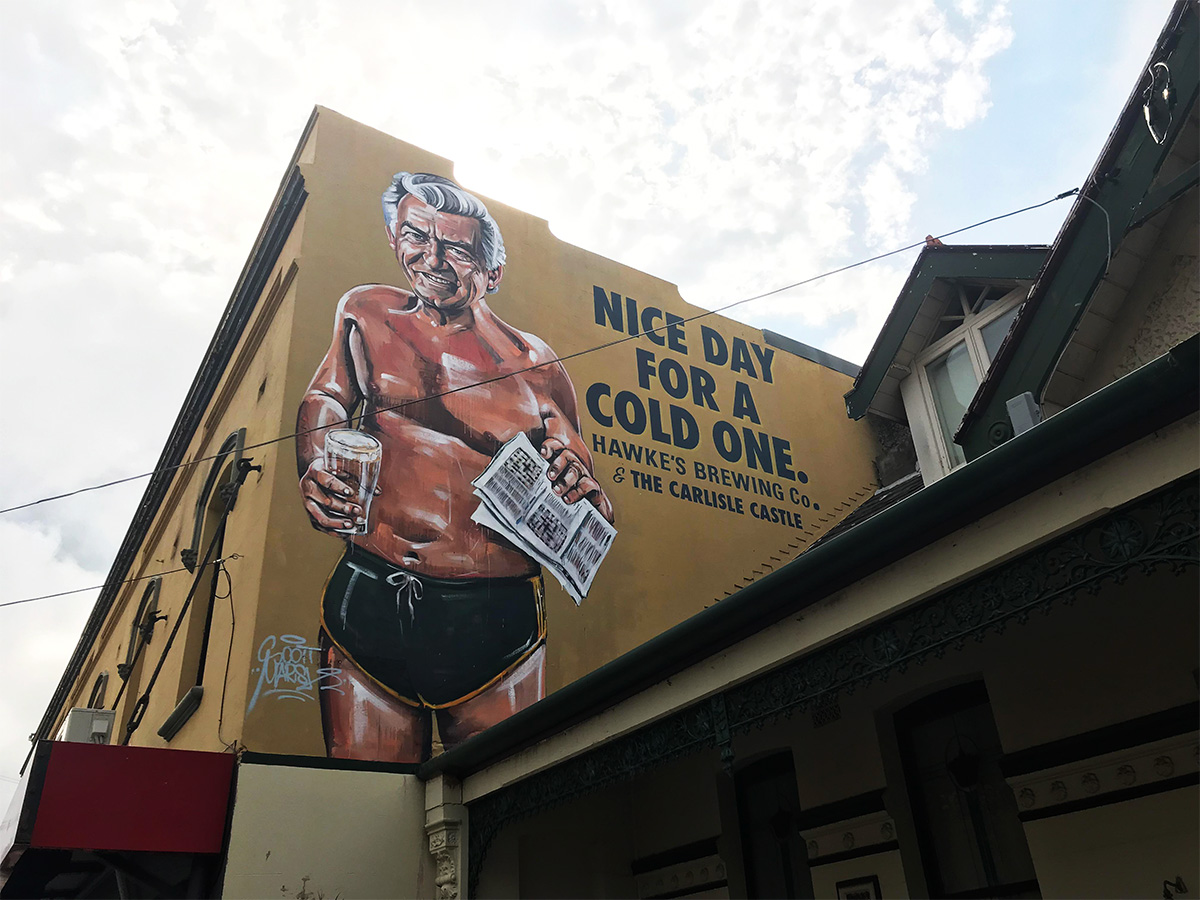 The Carlisle is one of around 30 pubs in NSW who now carry Hawke’s Lager on tap.

At their launch the brewers revealed:

“It’s not everyday you get to create a beer company with the former Prime Minister of Australia,” they said.

We’ll drink to that!

THE TRUTH BEHIND THE KINGS X COKE SIGN MURAL