David Jones has been flooded with messages of support after an initial social media backlash over its announcement of Adam Goodes as its latest brand ambassador.

The “booing” and other negative comments on the store’s Facebook page echoed the reaction the AFL champion and Australian of the Year received from some football spectators when he played for the Sydney Swans.

But there has also been solid support for Goodes and DJs. 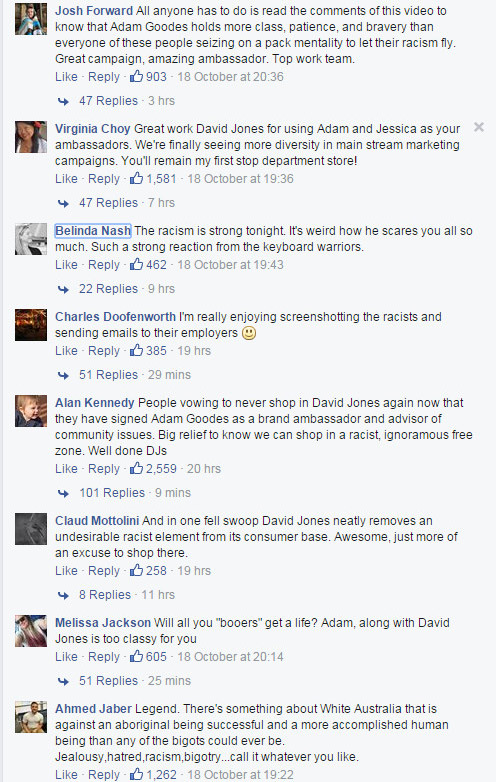 In a statement David Jones said it was proud to have Adam Goodes as an ambassador.

“Adam features in our recently launched campaign #itsinyou and will also work with David Jones on its reconciliation action plan and its broader corporate social responsibility program,” it said.

“We have received significant positive feedback from our staff, customers, vendors and other stakeholders regarding Adam’s appointment and our latest brand campaign.”