The famed Hollywood sign, worldwide symbol of Los Angeles, could be easier to reach if a proposal for an aerial tramway up the mountains gets greenlighted.

Warner Bros movie studio on Tuesday announced details of a proposal to build a tramway from its Burbank film lot up the steep sides of Mount Lee to the sign.

Warner Bros said it would pay for the design, construction, operation and maintenance of the proposed Hollywood Skyway. It declined to comment on a report in the Los Angeles Times that the project would cost about $100 million ($A138 million).

The 13.4 metre white Hollywood letters, originally created in 1923 as an advertisement for a real estate development, are a designated historical monument. But there is no easy way to get close to the sign, apart from a rugged hike from nearby Griffith Park, and tourists clog surrounding neighborhoods trying to find ways up to it. 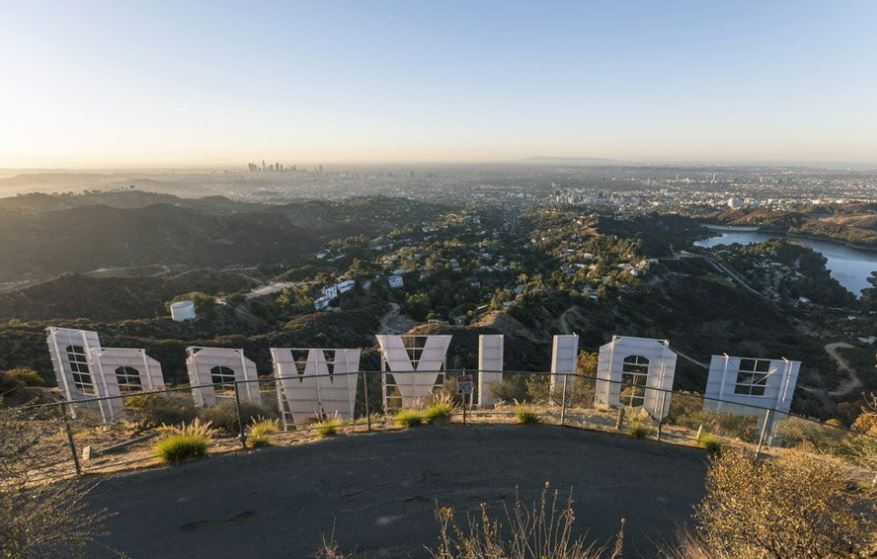 Warner Bros said in a statement that its proposal would “reduce street congestion, improve safety, and ease neighborhood frustrations,” adding that it would include an educational visitor center at the top of the skyway, and a parking and transit hub near its Burbank studio.

Warner Bros said the project was in the early stages and that it was seeking feedback from residents, environmental groups and the Los Angeles City Council.

Councilman David Ryu, who represents the area, said the city council would discuss the project and other proposals after the summer recess.