A Southern California school has placed four teachers on administrative leave after a photo surfaced of them smiling, while one of them held a small noose.

US School District Superintendent Raul Maldonado said he was appalled by the photo, which was reported to him on May 8. 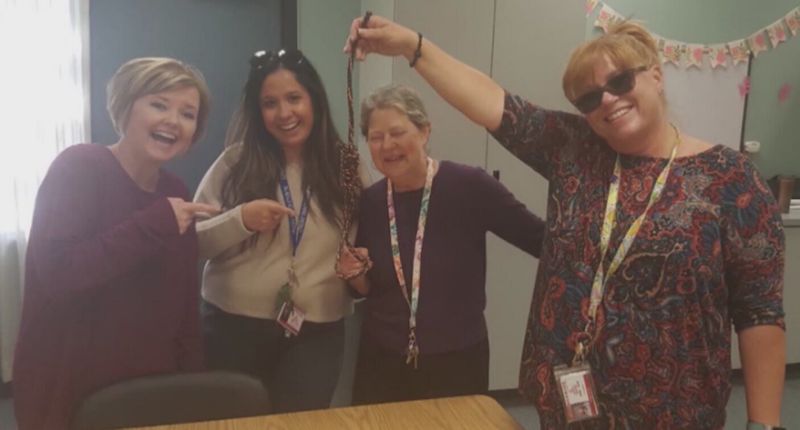 “It has been brought to the Palmdale School District’s attention that an incident involving the discovery of a noose and possibly inappropriate responses to that discovery occurred at Summerwind Elementary School,” he said in the statement posted on the district’s Facebook page.

The school has not identified the teachers.