Almost a year on from Robin Williams tragic death, California has determined how they will remember him, naming a tunnel in the town he grew up in after him as a tribute.

Formerly the Waldo tunnel, it has identifiable characteristics in that it is decorated with a rainbow on the outskirts. 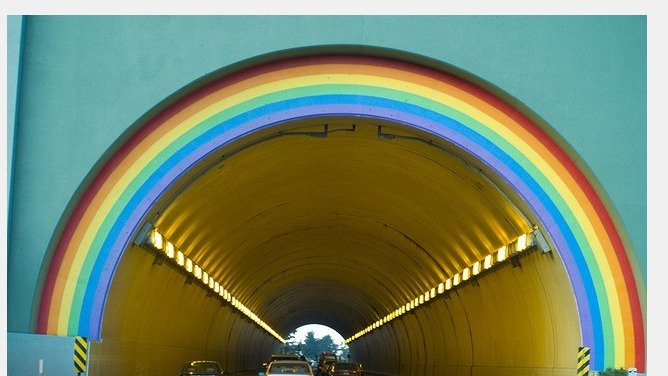 Prompted from a change.org petition, there are already over 61k supporters of the move.

The tunnel was regularly used by Williams, who lived three miles away in Tiburon.

It is the fastest way to get from San Fransisco to Marin and tens of thousands of motorists allegedly travel through the tunnel each week.

On Wednesday California approved a bill to officially rename the tunnel.

Julie Wainwright who begaan the change.org petition was fully supportive.

“Tens of thousands of people travel through this landmark each week,” she said.

“Above each of the tunnel entrances are rainbows, which I believe personify Robin in that he was so playful, fun, accessible, alive and colorful.”