Riverdale star Lili Reinhart, known for playing Betty Cooper in the popular series, has come out as bisexual.

She opened up about her sexuality on her Instagram account while showing her support for the LGBTQ+ For Black Lives Matter protest in West Hollywood, California.

Lili posted a message about the peaceful protest, asking people to “join us for a peaceful walk” in support of the important cause, while also opening up proudly identifying as bisexual herself.

“Although I’ve never announced it publicly before, I am a proud bisexual woman,” Lili wrote. “And I will be joining this protest today. Come join.” 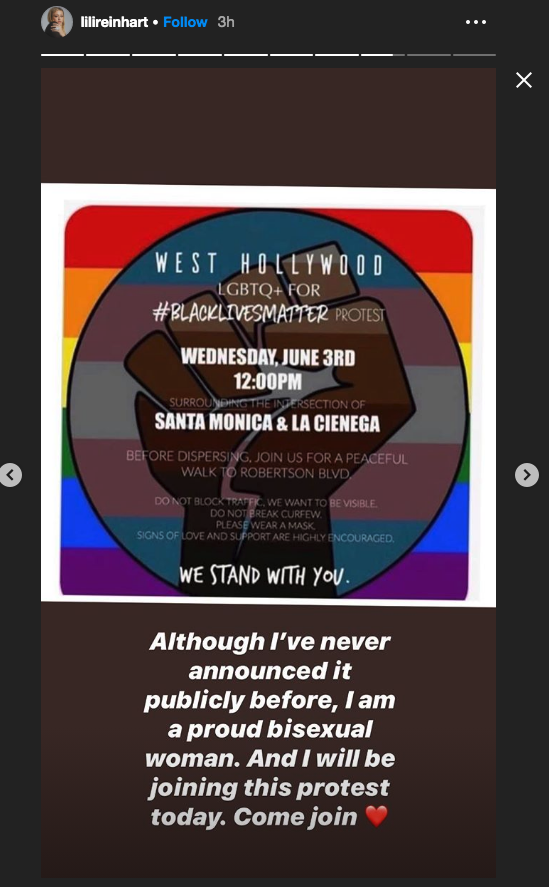 This news comes just a few weeks after it was reported that Reinhart and her co-star Cole Sprouse had broken up after three years of dating. Neither Lili nor Cole have addressed these reports publicly.

Lili is one of many celebrities to be using her platform to speak out in the wake of George Floyd’s death to encourage her fans to take a stand and demonstrate ways that they can assist in the fight against racial injustice.