Rebel Wilson is used to stealing the show and she did just that at her Pitch Perfect co-stars wedding.

The Australian born star showed off the results of her new exercise regime and healthy eating plan this weekend, at Anna Camp and Skylar Astin’s wedding in California.

The 36-year-old wore a pale pink dress which accentuated her trimmed-down figure as she posed for cameras ahead of the nuptials. 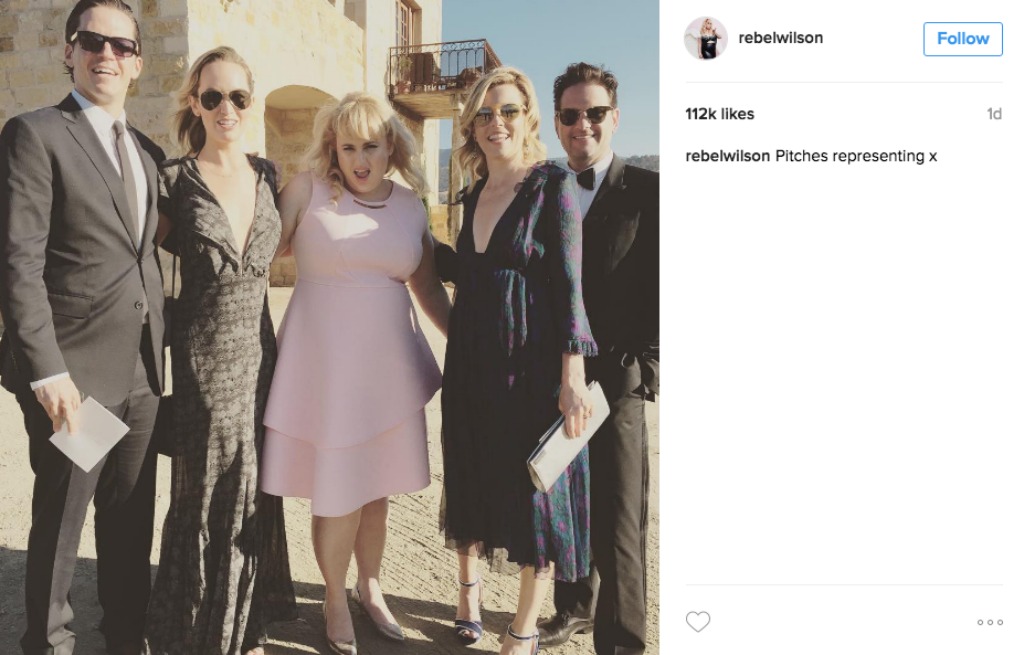 The happy couple met on the set of Pitch Perfect back in 2013 and were engaged in January of this year. The pair became instant friends and quickly forgot about the five year age gap. 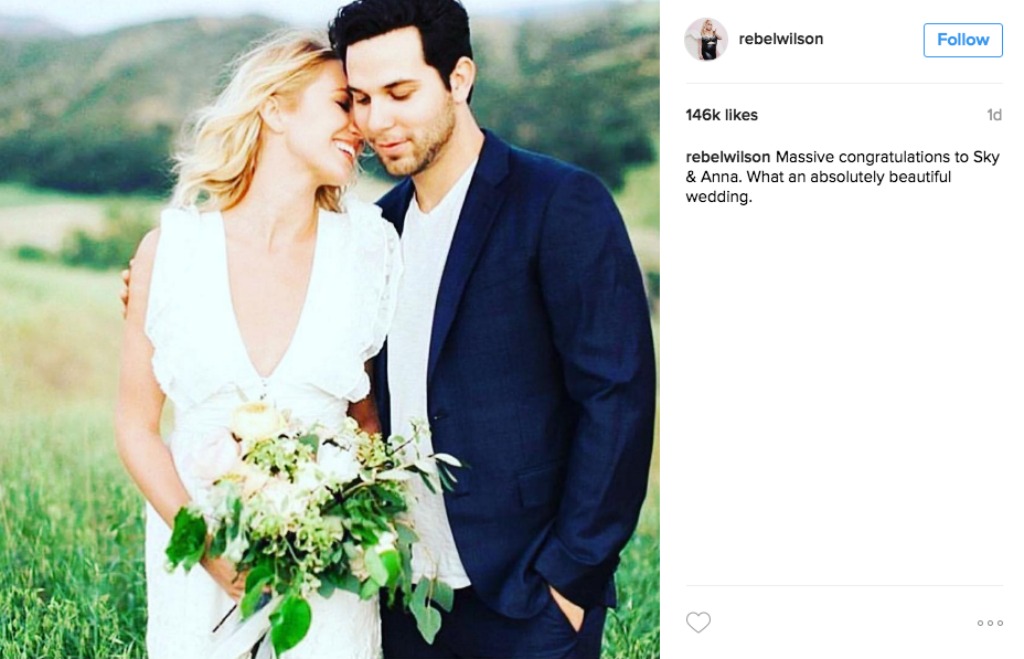