Residents and tourists alike in the US sate of Louisiana were given a special treat this week when an extremely rare pink dolphin put on a show leaping out of the water.

Dubbed ‘Pinkie’ by locals, the dolphin was first spotted in 2007 and is actually believed to be albino, leaving experts with mixed opinions as to why she appears pink in colour. 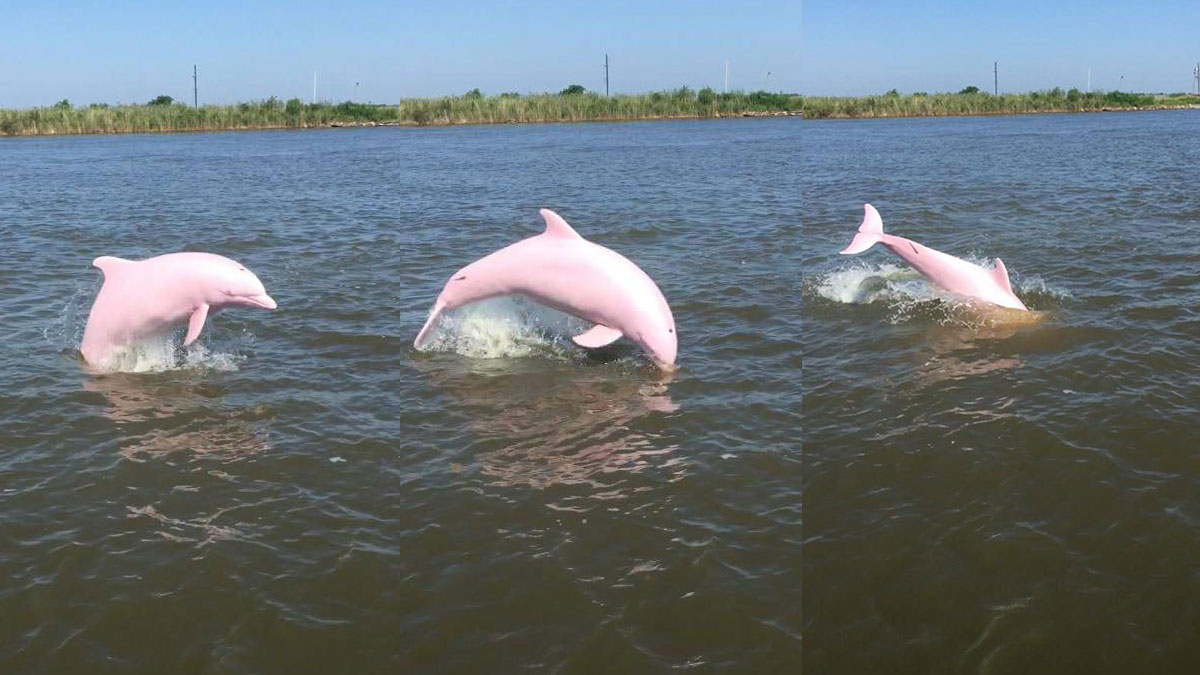 Pinkie is a bottlenose dolphin and these photos show her having a fun time frolicking in the waters of Lousiana’s Lake Calcasieu.

While it’s technically a lake, the water there is slightly salty, so it’s comfortable for Pinkie and other dolphins to swim in.

Since she was first spotted almost ten years ago she’s become a bit of a local celebrity, and after she was recently reported to be seen mating with another dolphin, hope’s are high that Pinkie may soon become a mum!

How cute would a pink baby dolphin be???